Chimpanzees and the DR Congo

The International  Union for the Conservation of Nature (IUCN) has classified chimpanzees as endangered. Only between 172,000- 300,000 individuals were thought to be left in the wild in 2003. Today, this number is  still sadly decreasing as chimpanzees – and Great Apes in general – face 3 important threats, which are:

*habitat destruction:  humans are encroaching on the chimpanzees’ natural habitats (continual rise of human population means an increasing demand for land for living  and for agricultuer) thus  slashing and burning the forests chimpanzees live. Besides, logging (to expand agriculture and for economic gain), mining and oïl extraction represent serious threats too to Great Apes;

*poaching : chimpanzees are hunted for their meat (bushmeat trade) while alive youngsters are sold to meet the demand of the exotic animal pet trade.  Although it is illegal, it unfortunately still occurs. The capture of an ape infant guarantees the death of the mother and other members of the troop who are protecting the baby. This leads to a decrease in chimpanzee numbers in the wild. In addition to this, Great Apes are also killed for medicinal reasons, they are hunted by villagers who protect their crops, and they can be killed unintentionally by getting caught in snares meant for other animals that people in Africa are trying to catch to provide a meal for their family;

*disease: humans and chimpanzees are so similar that diseases are easily transmissible between them. This is called ‘zoonotic disease’; Ebola haemorrhagic fever is one of these zoonotic diseases which each know to have killed both humans and apes.

Today, it is said 40% of the wild chimpanzee population still live in the DRC.This country of Central Africa ratified CITES agreements protecting GREAT APES in 1976, which means that DRC laws on wildlife do exist. However, many of these laws are totally ignored. Therefore, 14 years ago, nothing was done to protect apes throughout Katanga and this is one of the reasons J.A.C.K. started! 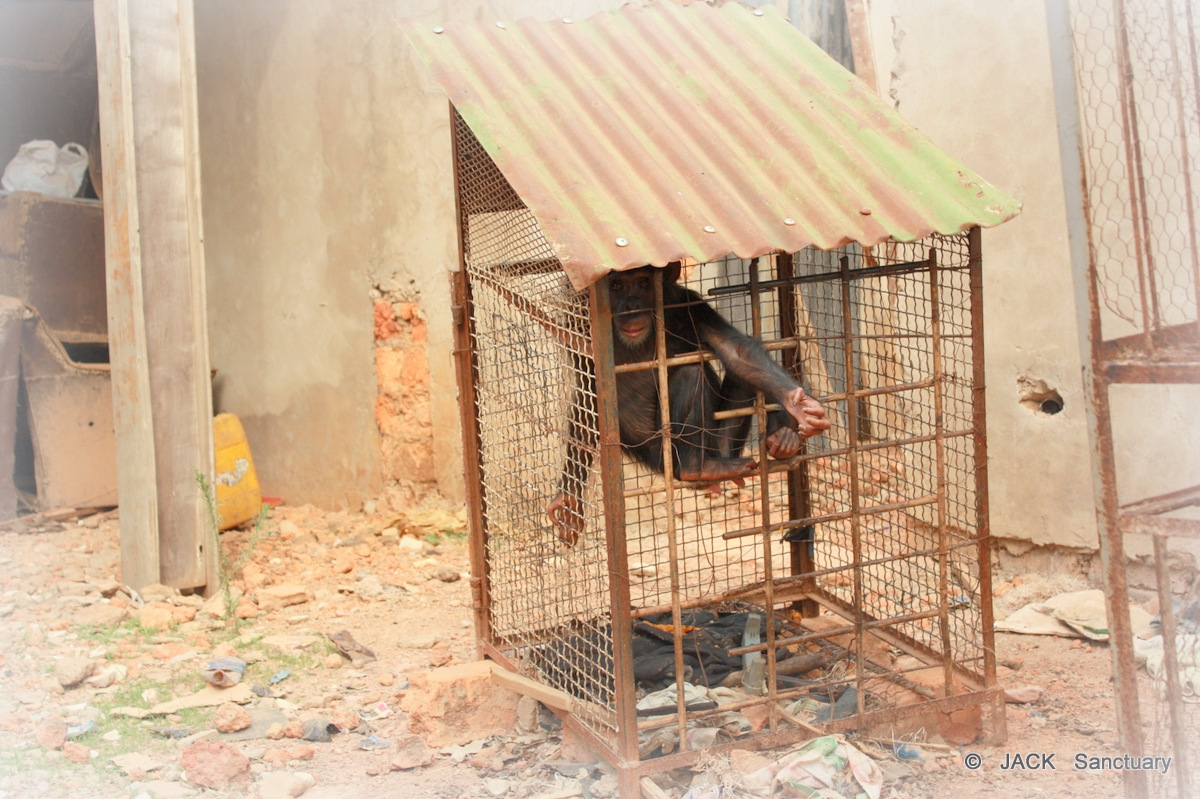