Do you remember these sad and horrible pictures we showed you several weeks ago?

These two vervet monkeys were illegaly kept at the back of a casino run by Asians. They were in a very small and stressful cage. The owner of the casino said he had bouht them to save their lives but we believe he was feeding them so that the monkeys could get fat enough…to be eaten! 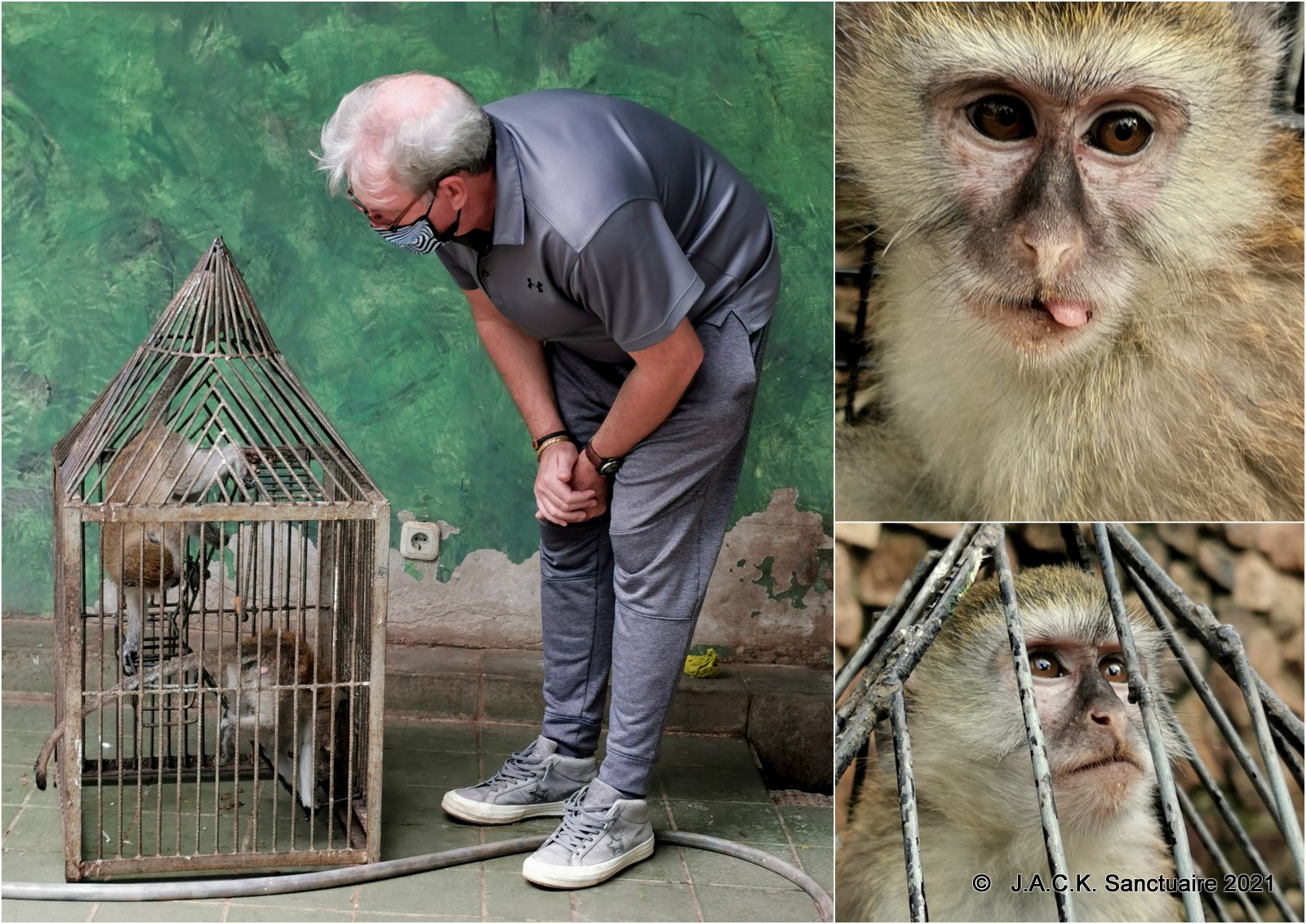 Once the vervets got confiscated by the Provincial Ministry of the Environment, they were handed over to J.A.C.K. and stayed at the Founders’ house for quarantine. The female was named “CASI” and the male “SINO”. Franck and Roxane didn’t want to mix them with the newcomers from Zimbabwe – they had to be screaned for parasites  and a health check was necessary before transfering them to J.A.C.K.

A few days ago, our two litlle friends were sedated.. 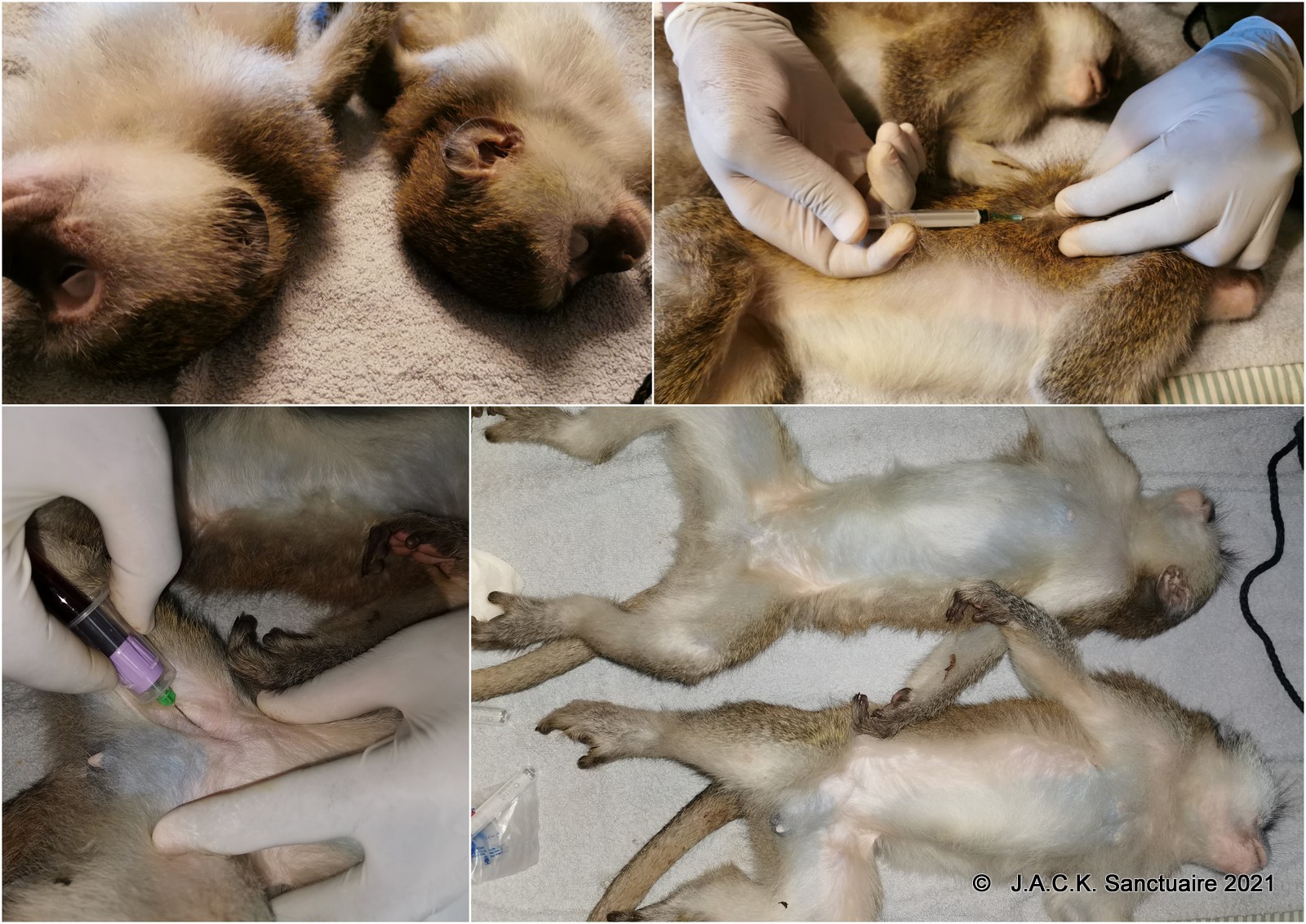 Blood tests were carried out – CASI (female) seems fine but kidney issues have been found on SINO… Dr Mutumba (J.A.C.K. vet) is working on the appropriate treatment but said that, since they had no more parasites and that they were doing fine, they could be driven to the sanctuary and stay at the monkey project!.

A new life was waiting for them! When we opened the crates to release CASI and SINO in the huge facility, they really didn’t understand what was going on…. The female was overexcited and jumped from one place to another. SINO looked dizzy and even lost balance as it was clear they had been taken from the wild for too long!

These monkeys are the first to be rescued in town and will be part of a huge release project locally as they are endemic species to the Upper Katanga Province. We already know about other places were this kind of monkeys are illegaly kept