Wanza is doing slightly better: he can now move his head more easily than before as his neck is less inflated. He even played again this afternoon with the keeper which shows he is doing better!

Results from the lab have shown no allergy nor infection. The blood cells are fine except the white cells that are a bit lower than normal. The vet therefore has concluded Wanza had a post nasal drip reaction due to all the phlegm he hadn’t been able to blow out  and which stagnated in his throat and hasn’t been cleared up by the antibiotic treatment of January…

Tonight Wanza was allowed to have some friends to stay with as being alone and isolated isn’t that funny and Zamba and Kala were extremely happy to see him again.

The vet has decided Wanza should continue a short antibiotic treatment (I really hate all these drugs but you sometimes have no other choice!) and I hope he will  go back in his group very soon….

Thanks again to our friends who asked about Wanza’s progress and who even managed to call us !!! 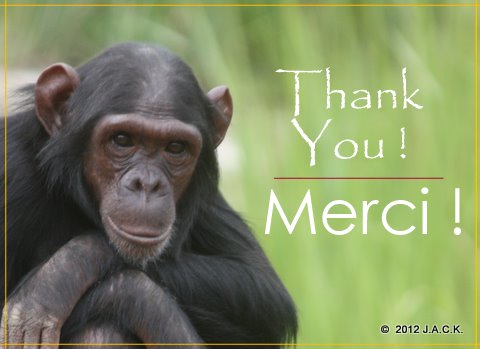