In 1960, there was an estimated one million chimpanzees in Africa. Today, hardly 172,000 to 300,00 are said to be left. About 40% of this remaining population lives in the DRC. Unfortunately, very few actions are taken in this central African country to protect them. Chimpanzees are still being poached, eaten and sold. This species is soon to become extinct if awareness is not advocated to stop the trade!

Jeunes Animaux Confisqués au Katanga (J.A.C.K.) started in 2006 in Lubumbashi, DRC. The chimpanzee sanctuary was created by two primate lovers, Franck & Roxane CHANTEREAU, who run the refuge as volunteers in addition to their professional life.

Franck is a French man. He grew up in France and Spain and, since his very young age, he wanted to save gorillas and chimpanzees.

Roxane is Belgian and she was born in the DRCongo formely called Zaïre. Her family settled in this part of Africa in 1898. Franck and Roxane’s children are the fifth generation of her family living in the South of the Democratic Republic of the Congo. 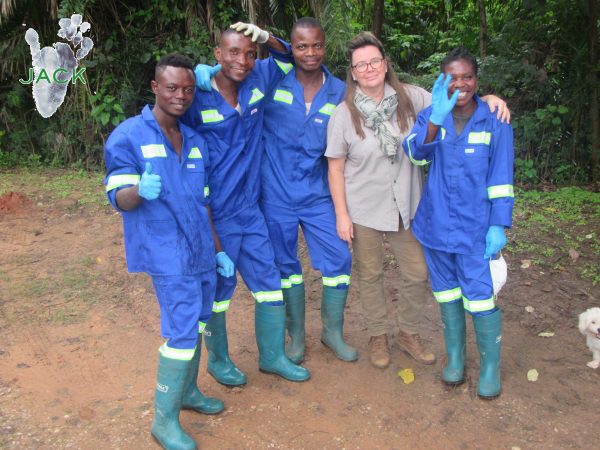 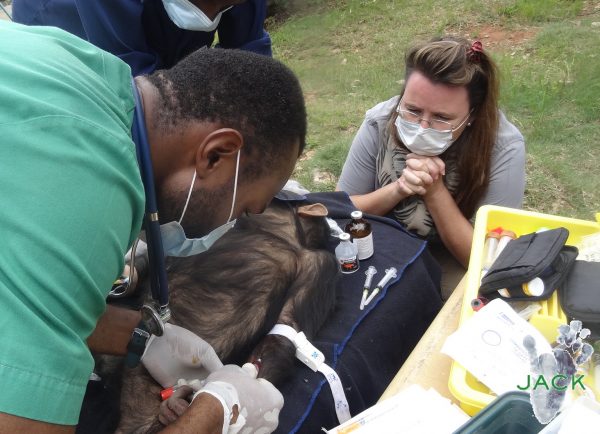 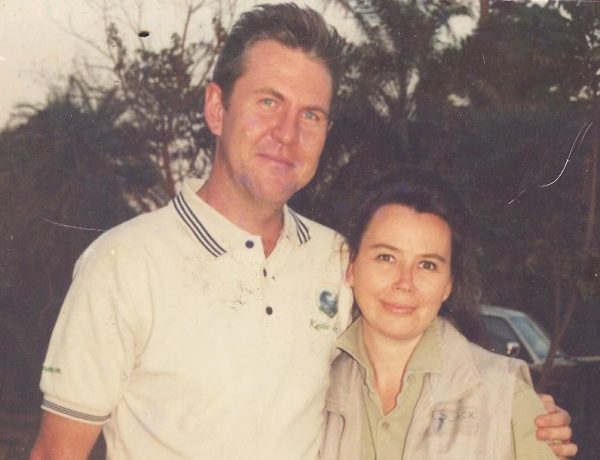 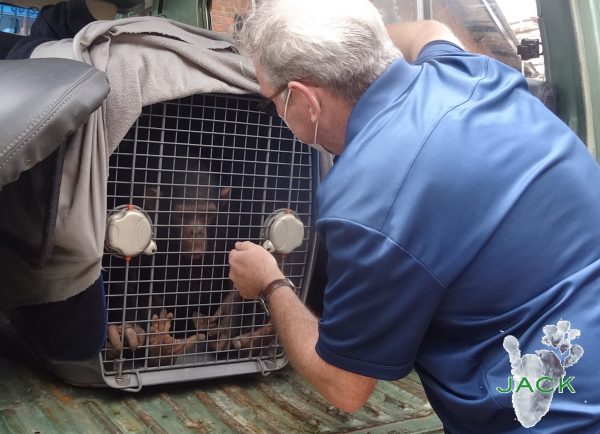 Today, the staff of J.A.C.K. Sanctuary is made of 8 members. A cooker, different keepers, a person in charge of the enrichment prohram.. all of them work daily for the well-being of the chimpanzee residents. 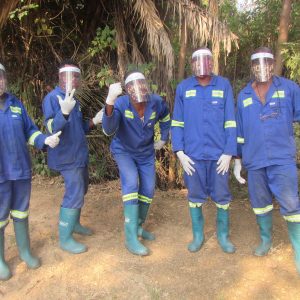 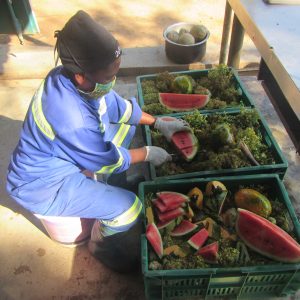 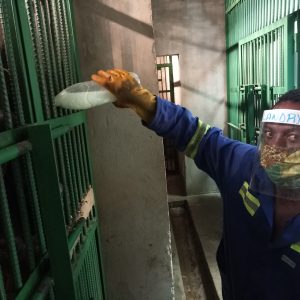 Dr Christian MUTAMBA joined the team of the sanctuary in November 2018. He too works every day with the chimpanzees and he sees that they are all healthy and well! 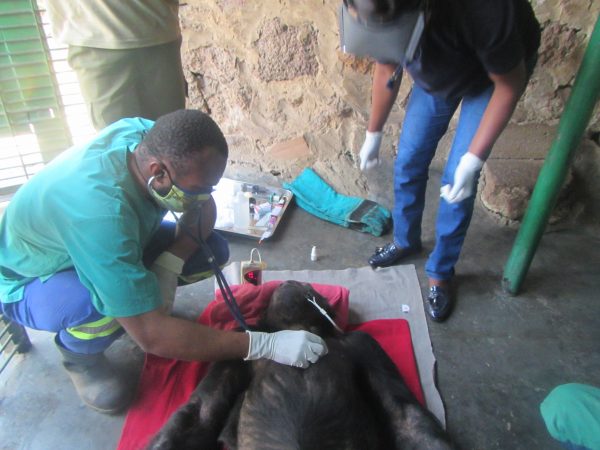 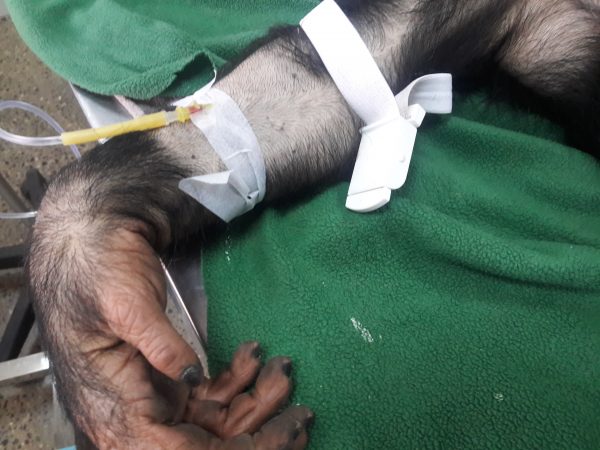 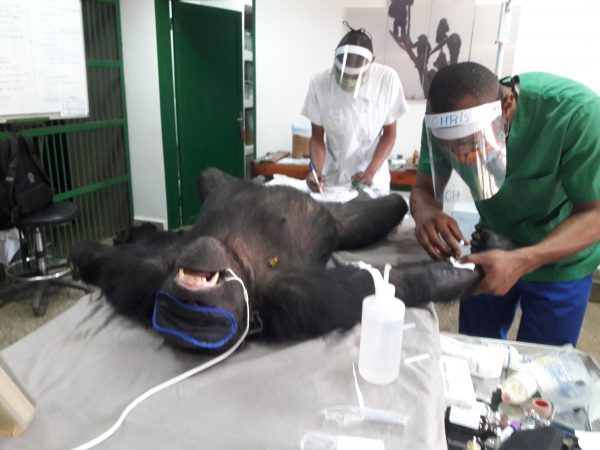 J.A.C.K. Sanctuary being an I.C.C.N. partner and since the Founders faced arsons and different threats, it was decided in 2013 that 2 armed I.C.C.N. Rangers would secure the complex day and night. 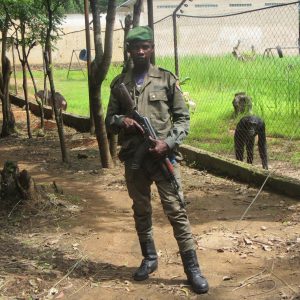 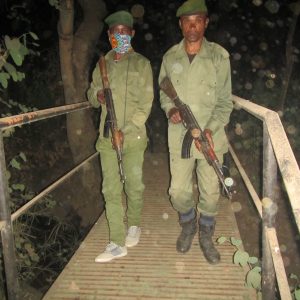 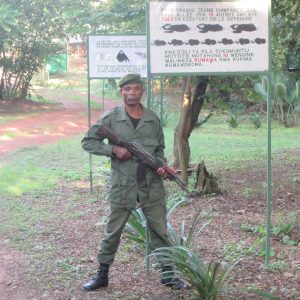 WHO DO WE WORK WITH?

The Ministry of the Environment (M.E.C.N.E.F.) legally seizes the chimpanzees; these are brought to the Sanctuary which jointly works with Congolese National Parks (ICCN) for the future reintroduction of the ape orphans into the wild.

WHAT WE DO AND WHY?

The Sanctuary exists to facilitate wildlife confiscations by the authorities through providing a safe place for the orphans to live for the time being. Along with the DRC Wildlife Authorities, a pre-release program is scheduled before releasing the orhans back to the wild. If nothing is done to protect chimpanzees, they will have totally disappeared from the wild by 2050!