Just like most of the seized orphan chimps of JACK,  Coco was seen for the first time by authorities here in Lubumbashi. Hardly fed, very sick, the baby had a long rope around his neck and was sucking his finger as if he were seeking relief and confidence. It was in Lubumbashi on the 7th of November 2006; Coco was in the back yard of a General of the Congolese Army. 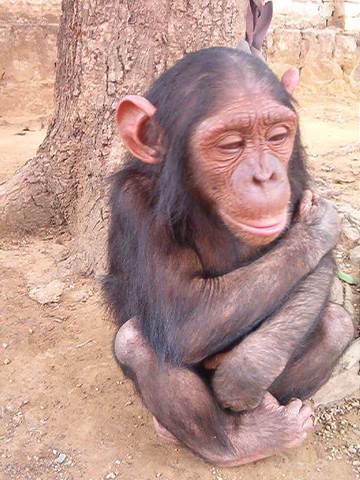 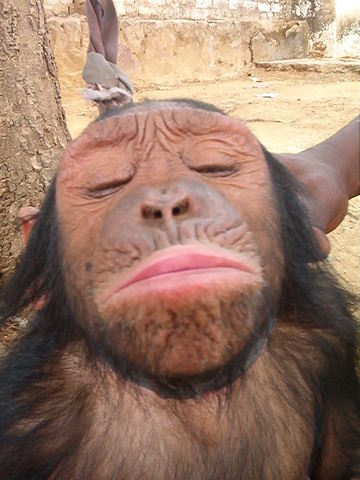 Inspectors of Environment couldn’t seize him: Coco was illegally detained by a “high ranking” soldier: each time the inspectors approached the house, they were threatened  and intimidated. 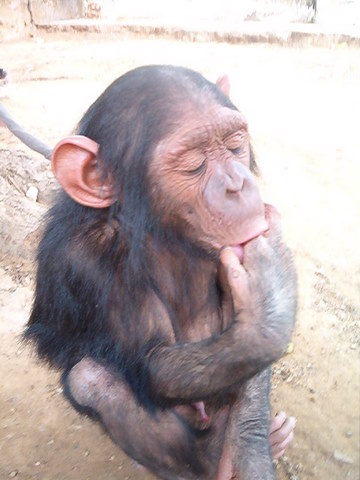 A few days later, on the 28th of November, Coco was found in another house: he had been moved, still belonged to the same owner and was for sale: 600 USD. 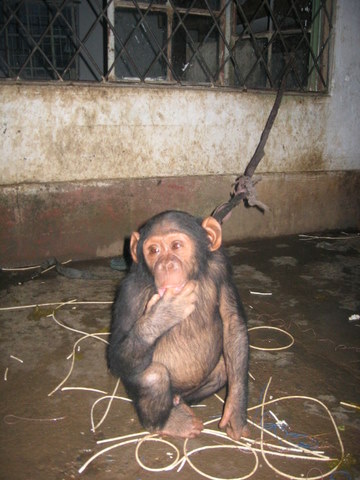 Seeing all these terrible pictures of Coco and knowing that there might be enormous risks in meeting the owner, Franck decided to go to this new place: he absolutely wanted to save that baby .  On arrival, Franck found a poor Coco staying outside in the rain, with his long rope and several dogs surrounding him. 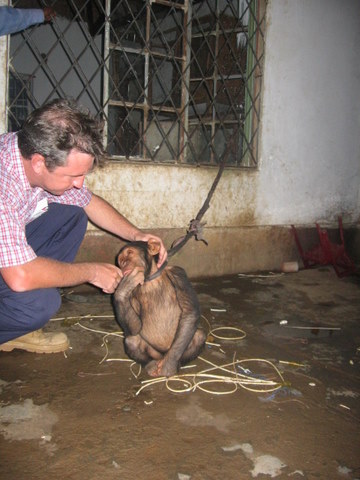 No agreement could be reached: if Franck wanted to get Coco, he had to pay… and you know, we can’t do that. To buy a chimp  would mean that JACK keeps  the illegal chimpanzee trade going and would be guilty of the slaughter of a whole chimpanzee family.  Therefore, with plenty of regrets and pain, Franck left Coco to his sad fate. 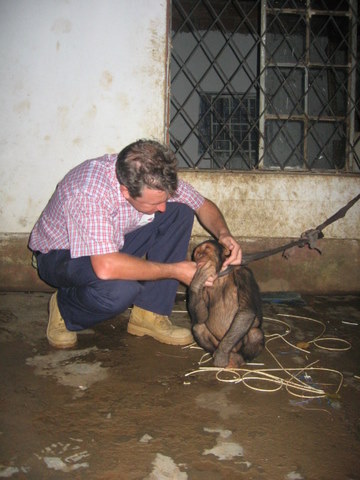 The place he  was in was  full of urine and dirt;  Coco still kept his fingers in his mouth and was apparently living hard times .

Coco indeed was being trained to attack any person  approaching the owner’s truck. It sometimes happen to have your petrol stolen here and therefore the little chimp was attached to the truck and ready to bite you as soon as you came too close to the petrol tank. 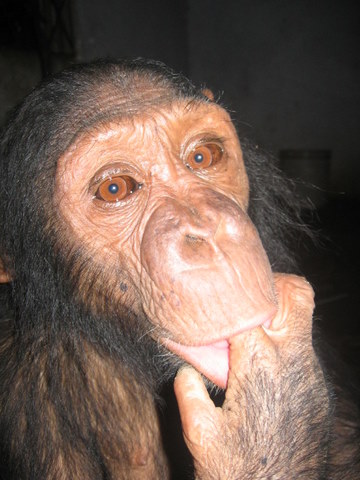 Coco was easy to recognise: he had a black spot on his right cheek and very often had his fingers in his mouth. Each time you tried to take his hand from his mouth, he became aggressive and nearly bit you !

Later on, in early 2007, when the inspectors went again to the owner’s place, we were told Coco had died. In a former post, I sent you Coco’s picture mentionning he had passed away

November 2007, someone  had seen a baby chimpanzee at a friend’s place: an expatriate who had bought the chimp on the street because the baby was in a horrible condition.

Many times, Franck tried to be in touch with the new owner to see what was going on. But, feeling that the expatriate guy had very few interest in the matter, Franck took the decision to visit the man at his office.  The new owner spoke about  “his” baby called Coco and, immediately,  when looking at the pictures, Franck recognised  the black spot on the right cheek… Coco was still ALIVE !!!

But, unfortunately, things didn’t turn up so easily. For reasons that are still unexplained, the expatriate man had doubts about our action of saving chimpanzee orphans and handed over Coco to a person of the presidential entourage. This person apparently promised  that Coco would be released in a sanctuary in Kinshasa – a sanctuary that of course doesn’t exist !!!

People started calling the Refuge saying there was a chimp in the residence of the President. Unfortunately, despite the intervention of the local authorities, nothing could be done…

Then, on April 6th, for the second time, the DRC President visited JACK.  As a result of this, in a few days time, Coco, who was in the house of the Head of State without the President’s knowing, was brought at the Refuge Centre. This act was very symbolic and JACK thanks Mister Joseph KABILA KABANGE, President of the DRC,  of having given Coco the opportunity to join his species…

To us, these moments were magic especially because it was Coco and also because this baby had been tracked for so long  by authorities… 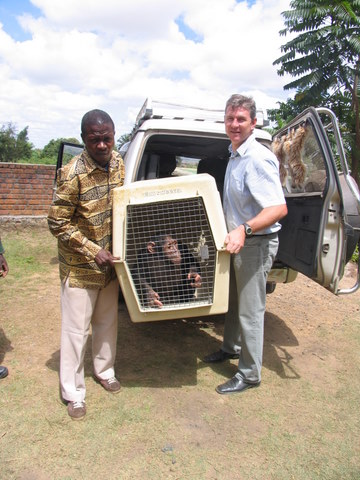 Today, Coco is doing well. He is a gentle little boy recovering from all that trauma he had been through for the last years. 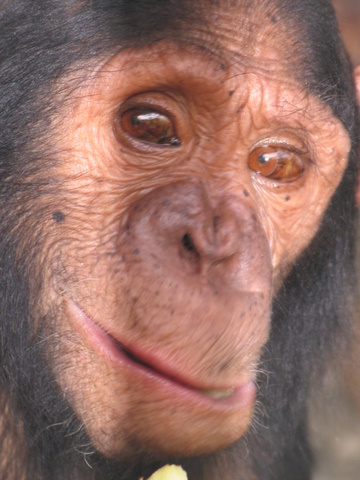 He’s very strong, eats everything and is very independent. 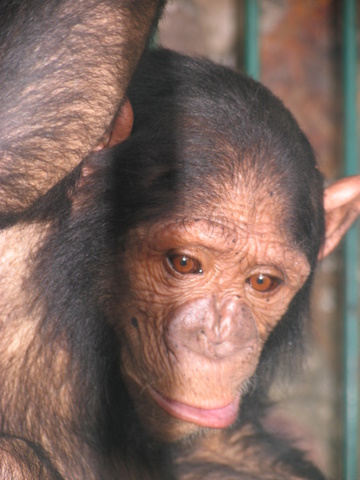 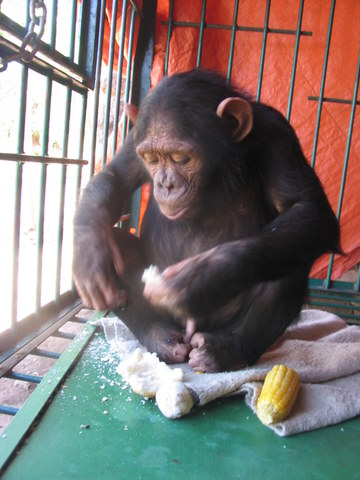 With the latest newcomer, it means the Centre now takes care of 15 young ones. We have to provide extra accomodation and to improve facilities as the babies are getting stronger.  These days have been very very busy.  Things must be fixed as well and this time we need your support: to continue our improvements in order to give the best to the orphans of the Centre, we must buy a particular machine that combines (1) generator AND (2) melding machine. JACK currently can’t afford buying such equipment and can’t continue renting one;  it costs  a fortune !!! Therefore, I do ask you, dear readers, if you could help the Refuge: such machine costs about 2600 USD…. 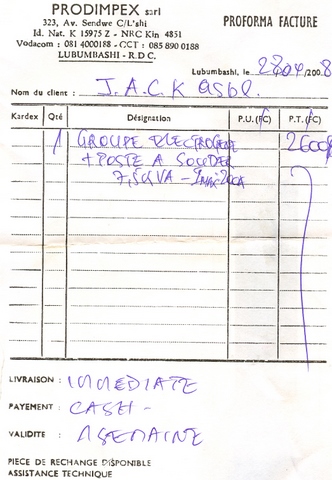 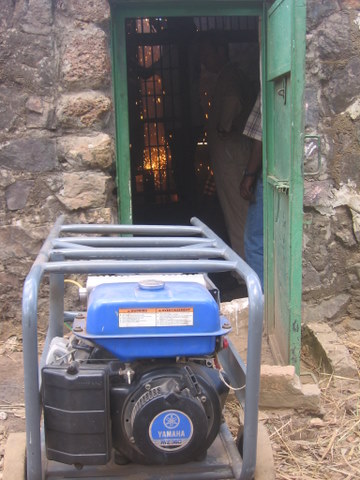 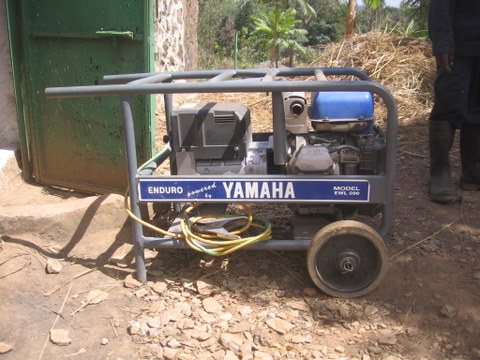 Thanks already beforehand to all of you who can help !

Thanks also for the readers below for their latest donations:

One more thing before ending: JACK really appreciated the gesture of the President of DRC and wants to thank Mister Joseph KABILA KABANGE, the President of the Democratic Republic of Congo, for his interest : his act should be an example to all the ones detaining and mistreating Great Apes !