Early April,  when Franck was in Sierra Leone, different authorities came to visit our Refuge Centre.

At first, I  had the opportunity to meet the National DRC Minister of Environment, Mr. José ENDUNDO BONONGE, who was really amazed to see what private people like us are doing for Congolese conservation. 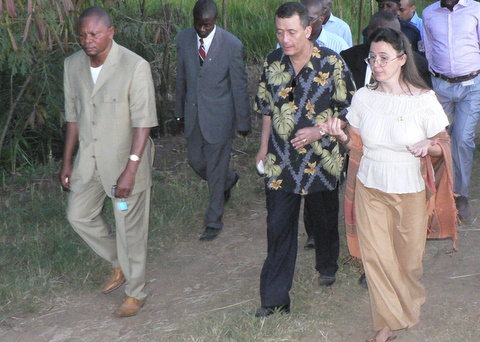 On April 2nd, DRC National Minister of Environment paid a visit at JACK

I had an interesting meeting with him and the Minister really seemed interested in helping JACK finding the appropriated lands to introduce the orphans of our Refuge. This will be a great step forward: since the early beginning, JACK has been working with Congolese Government but has never had any financial support from it. Today, maybe, DRC will support the next stage of our project which is to get funds in order to release the orphans of our Centre… Lets wait and see !!! 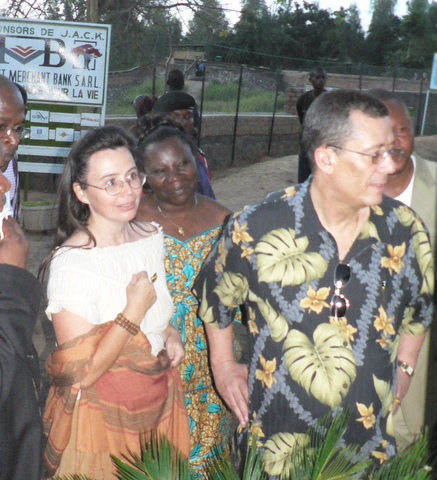 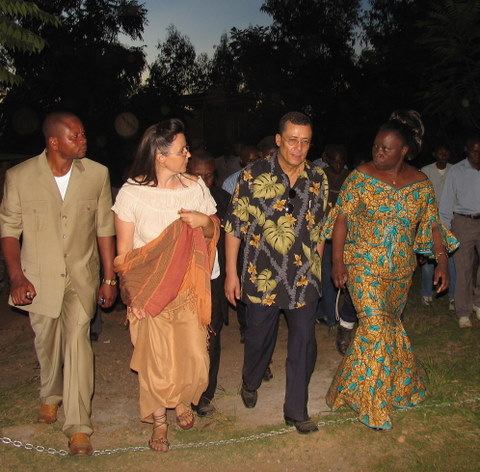 Then, a few days later, much to my surprise, the Governor of the Katanga Province , Mr. Moïse KATUMBI CHAPWE, AND the DRC President, Mr. Joseph KABILA KABANGE, had a non official visit at JACK. I didn’t know they were coming and didn’t expect them at all ! So, imagine my estonishment when I saw an immense crowd approching the Refuge, DRC President leading the march ! At first, I hardly recognised him, but the crowd was shouting “Welcome Joseph! Joseph!” 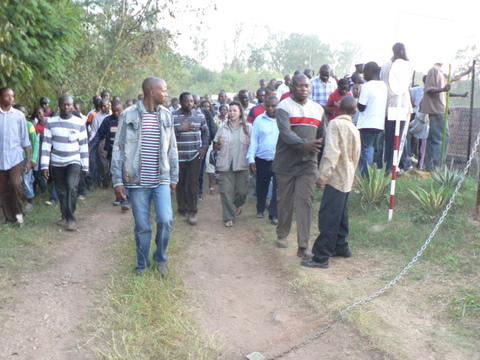 Actually, it wasn’t the first visit of the DRC President as, last year, in April 2007, Mr. Joseph KABILA had come and met Franck. So, he knew already about the project and noticed the different improvements that had been done for the last months. 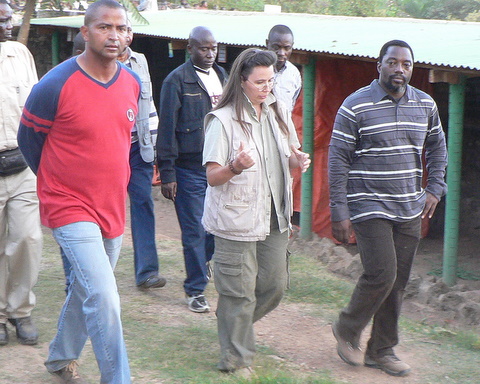 From the left to the right: (1) Governor of Katanga Province, Mr. Moïse KATUMBI (2) Roxane and (3) DRC President, Mr. Joseph KABILA

Katanga Governor, Mr. KATUMBI, accompanied the President and it was his first time  at JACK. He seemed interested and I hope he’ll come back again. 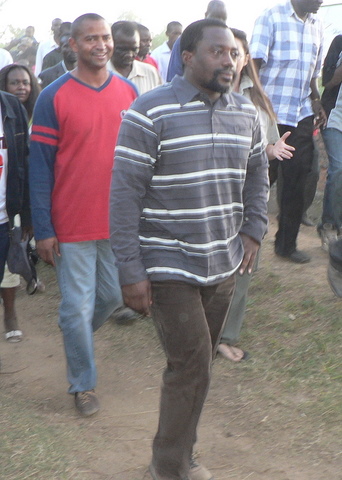 Nothing was prepared to welcome them. I had been taken by surprise. Although their visit was very short, I explained the purpose and aims of JACK and both authorities have been able to appreciate the efforts and the work that have been provided to protect the species… 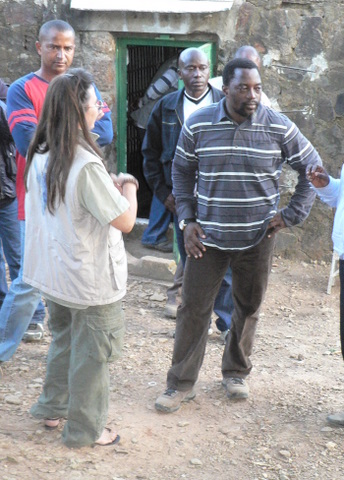 All these meetings and visits were more than very interesting. The only thing I can say to the authorities is “thank you for your intrest”. Now,  we just hope some good things will result from all this…