This month is full of emotions: we had the arrival of SEKI about two weeks ago and, last weekend, we decided to finally introduce JAC into the main group.

Remember, JAC was that poor little one found on a market last September, and, beaten up, terribly sick, he nearly died… 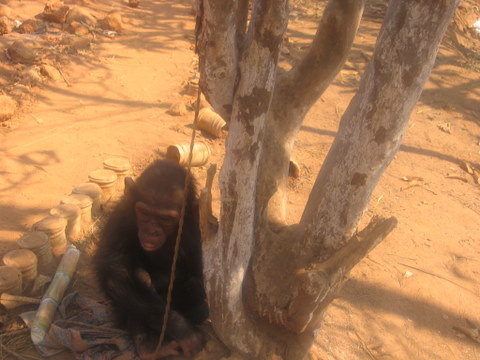 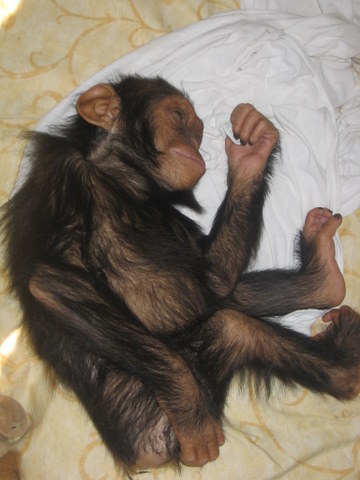 Today, JAC has done a great step forward. For the last months, he’s done a lot of progress sociably and his health has considerably improved. His quarantine period took a bit longer than usual, but we had to be careful: the group wouldn’t have accepted a newcomer still traumatised or mentally weak. 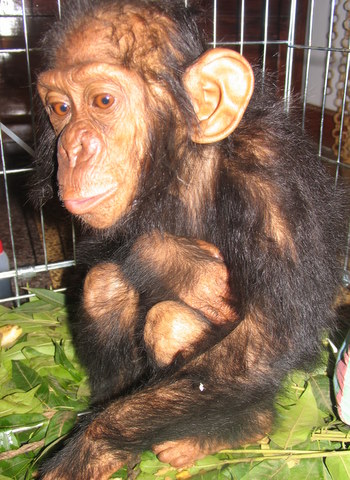 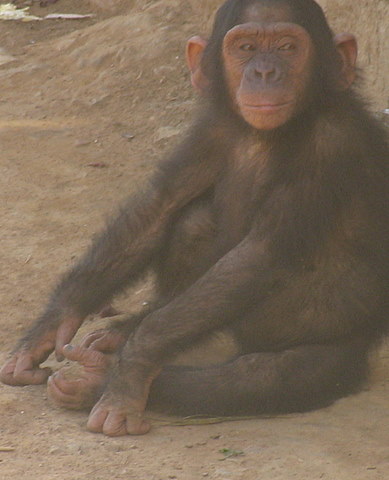 So, how did JAC deal with the group?

At first, JAC didn’t want to come into the main enclosure. Only a few chimps were outside that day to facilitate the first approach and all went perfectly well. 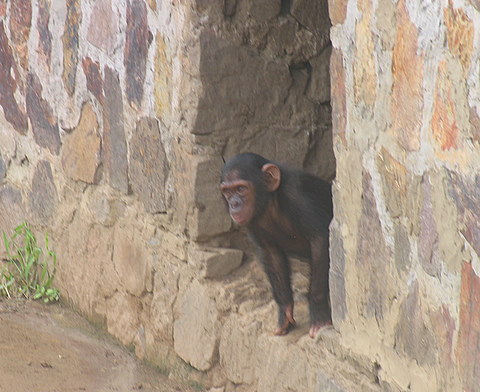 JAC hesitated: a new life was offered to him and he only had to do just ONE step forward

Franck and I were particularly anxious about JAC’s attitude, but in a few minutes, JAC already felt home as one of the chimps, WIMBI, which had been his quarantine neighbour for a while, immediately recognised him and invited him to play and to run around the enclosure. 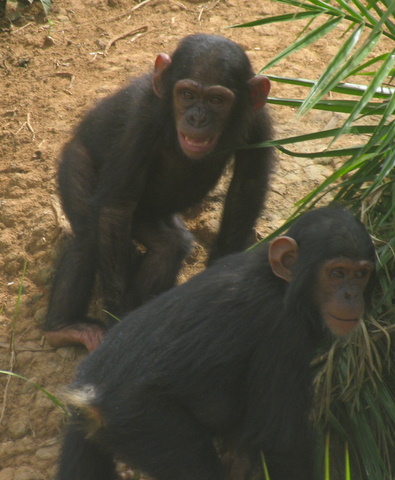 JAC followed by WIMBI: they had met before in the quarantine area 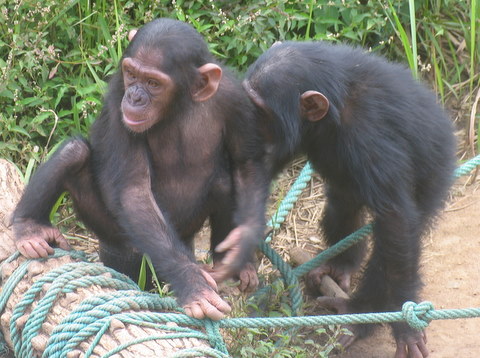 JAC wasn’t used to such playing and running; he got rapidly exhausted. Very often, he wanted to get some shade and  wished to lie down  for a while, but WIMBI and the others didn’t let him rest a second. 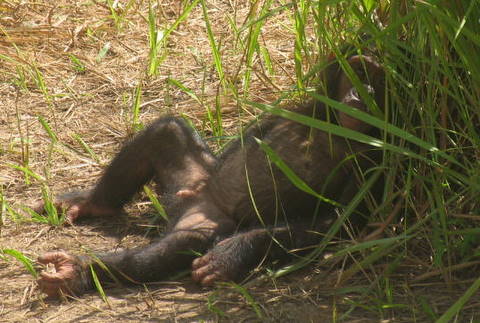 Later on, the remaining chimps of the group were one by one allowed to meet JAC. As all went fine, it seemed they had known JAC for years: JAC met new friends, played all the time and we were very happy (and extremely proud!)  to see him doing so well. 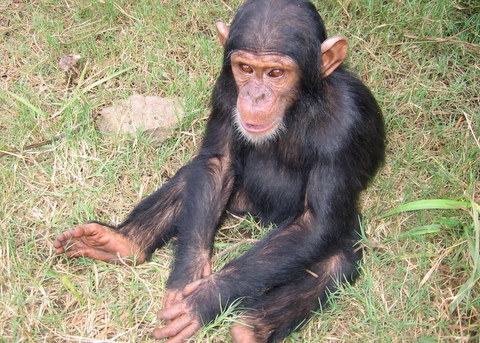 On his arival in September 2007, lost and sick, JAC had decided not to live anymore. But today, I’m sure he feels more than happy to have been saved as he really appreciates the company of his new mates. 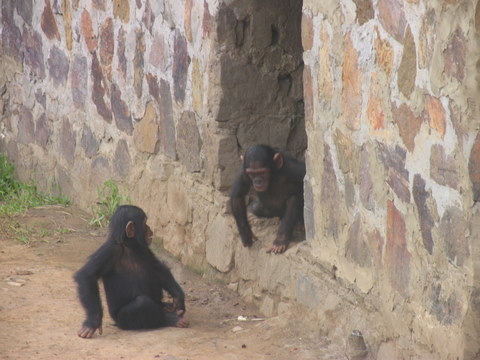 JAC also now has got a new mum: her name is SHASA; she is the eldest female.  Very independent, SHASA usually looks after herself only. But today, things have changed: SHASA is protecting JAC and takes very good care of him.  When a chimp teases JAC, he runs into SHASA’s arms and she just disuades any other chimp from coming closer. At night, SHASA and JAC share the same nest; we’re very surprised to see SHASA behaving like this…. 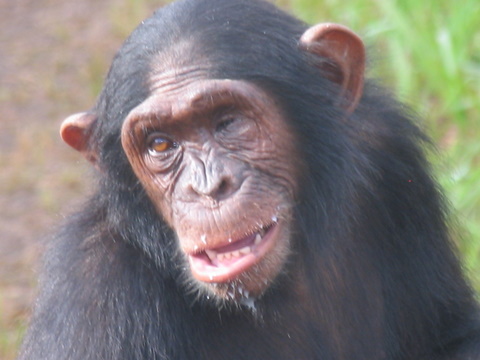 As you can see, the introduction of JAC has been a great success. It took some time, we agree, but we wanted JAC to be completely ready to face other chimps. Today, the group is made of 12 babies and it gets harder and harder to insert a new one; especially if it is a male. Next to be introduced will be SEKI. His quarantine period won’t take long and we’ll keep you posted! 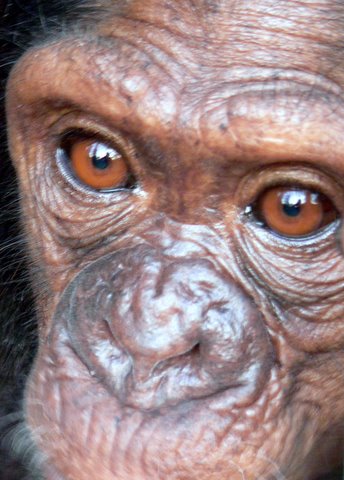 Roxane, Franck and the Chimps.