Noucha
He is a red-tailed monkey (Cercopithecus ascanius). He had been rescued by a young man who had financial issues and asked if a vet clinic would agree to keep him for 2 weeks. The owner of the clinic said yes and took care of the monkey. This was in 2019. NOUCHA was an adult monkey already at that time and the owner never showed up. The owner of the clinic looked after Noucha until Jack /Pro Wildlife rescued him. We believe Noucha is about 12 y old.
After spending 90 days in quarantine, Noucha is ready to join those of his kind, but he will have to wait because two females in his group have been put on a contraceptive implant.
The two females were implanted because they did not belong to the same subspecies. And J.A.C.K. does not want to create hybrids.

Bobo
BOBO is a putty nosed monkey (Cercopithecus NICTITANS). We also took him from the vet clinic where Noucha was.
BOBO must be around 18 years old. He was brought at the clinic because of a broken back leg. The vet fixed it with a metallic pin and some plaster. The owner never came back to fetch BOBO.
According to the vet, BOBO was a very kind monkey. But got agressive through years.
Today, we put BOBO in a huge satellite cage and he is indeed not an easy guy. He is very impressive because he is tall for a putty nose monkey. But BOBO will have to adjust and to learn how to be a putty nosed monkey as we intend to put him in a group of his own kind.
But we fear the presentations with the other putty nosed monkeys males who are still small because Bobo is very solitary and dominant. It will take time for him to accept others. 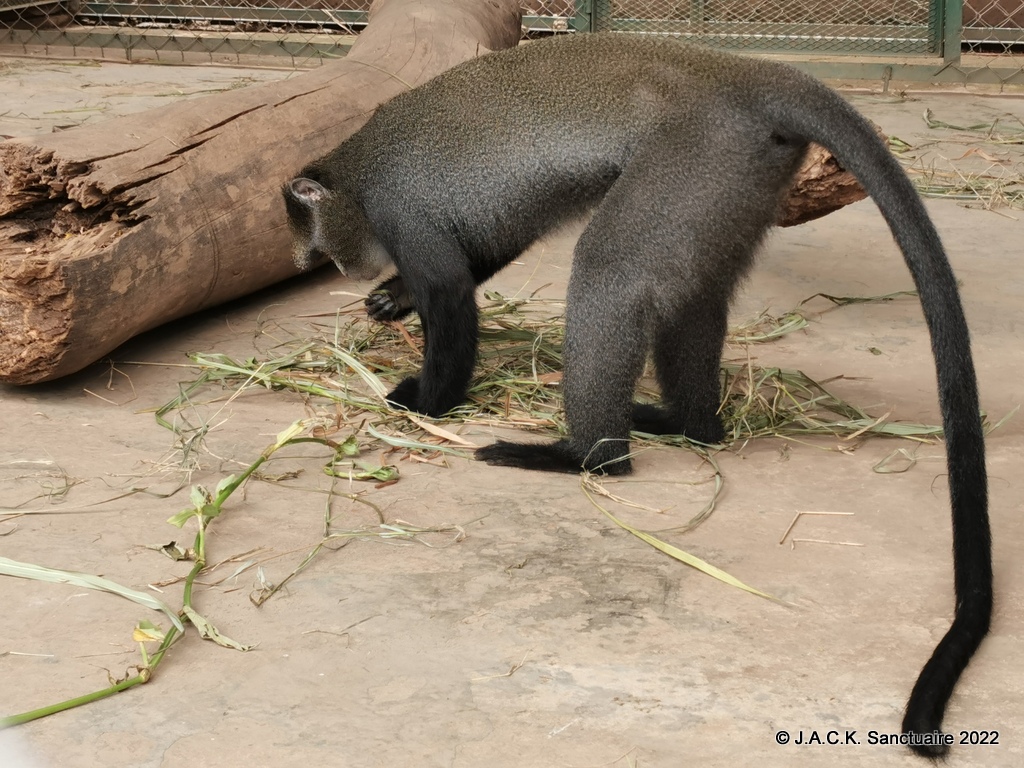