A 2 year-old chimpanzee and a monkey (Agile Mangabey) of the same age have been confiscated in Kinshasa. Both had been kept in atrocious conditions in a lodge 4 hours away from the Congolese capital. Don’t ask us why these creatures were there!

The chimpanzee was on his own and, barely fed, the little monkey was tied by a rope to a tractor thus prevented from moving.

Seen by friends of J.A.C.K.,  they were directly reported by our Founders on April 20th to Conserv Congo. 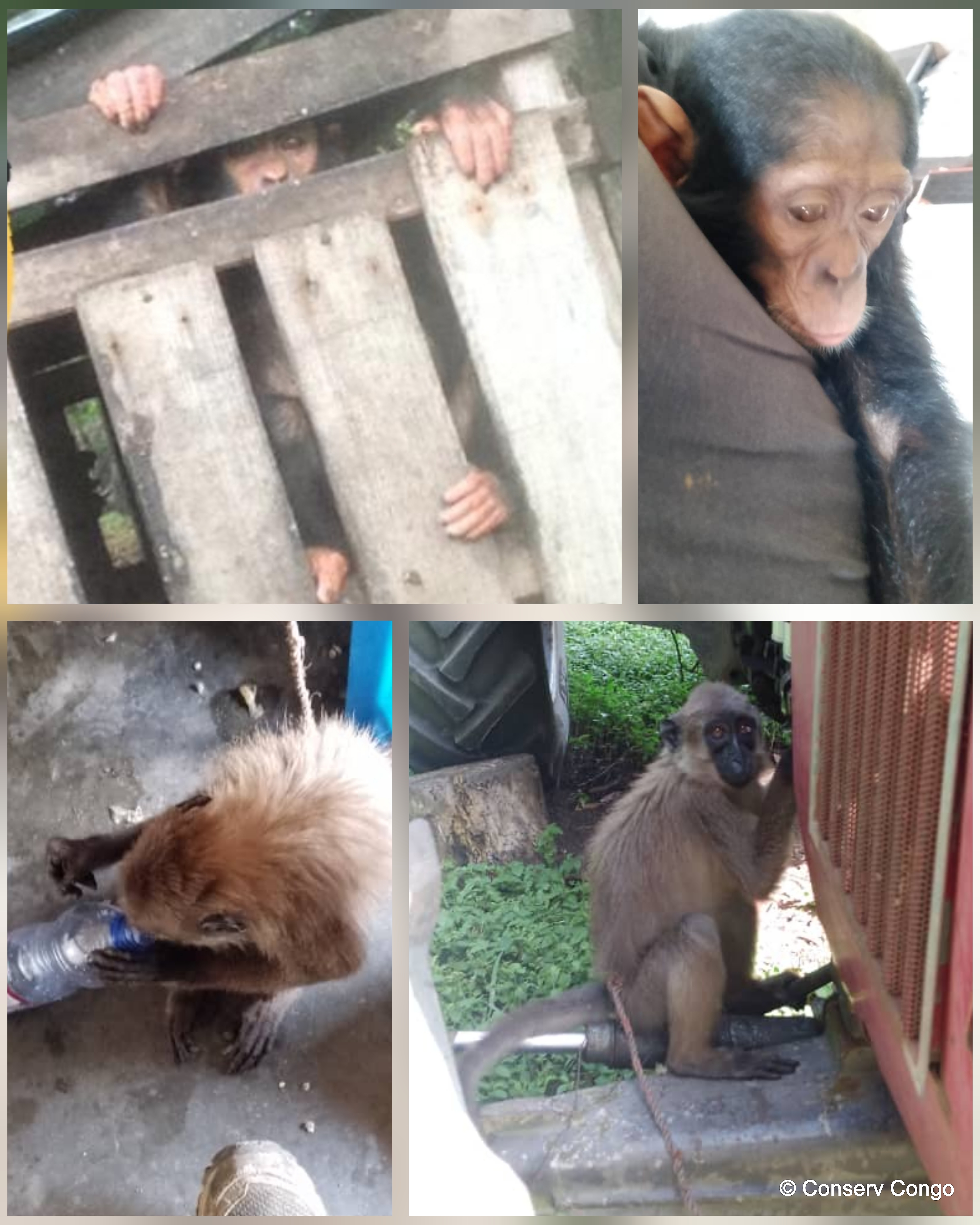 Both primates were confiscated on April 25th, and were transferred to the Primate Rehabilitation Center in Lubumbashi on April 28th. Their repatriation by air was kindly sponsored by PRO WILDLIFE as well as a sponsor who preferred to remain anonymous. 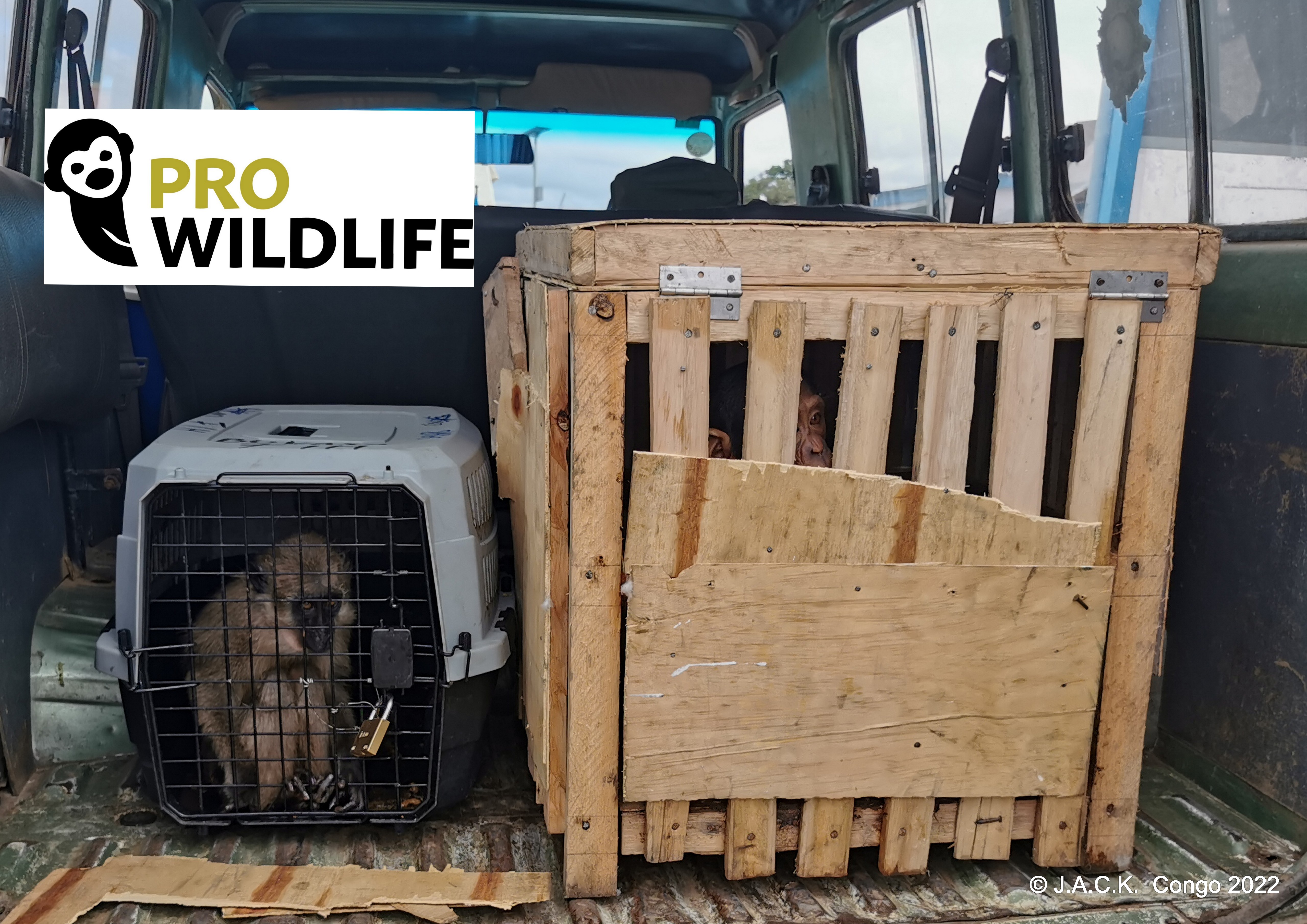 Once the babies arrived at J.A.C.K., the male chimpanzee was named “Hocine/Hussein” and the male Mangabey, “River”- the team immediately cut off the horrible rope the baby monkey had around its hips! The vet double checked to ensure there were no wounds.

We greatly thank the ICCN (the DRC Wildlife Authority) for its cooperation and rapid response regarding the transfer of these two little lives.

Thanks again to Conserv’ Congo for its quick intervention

And many thanks to  PRO WILDLIFE and to the anonymous sponsor for having repatriated these two babies by plane to Lubumbashi! 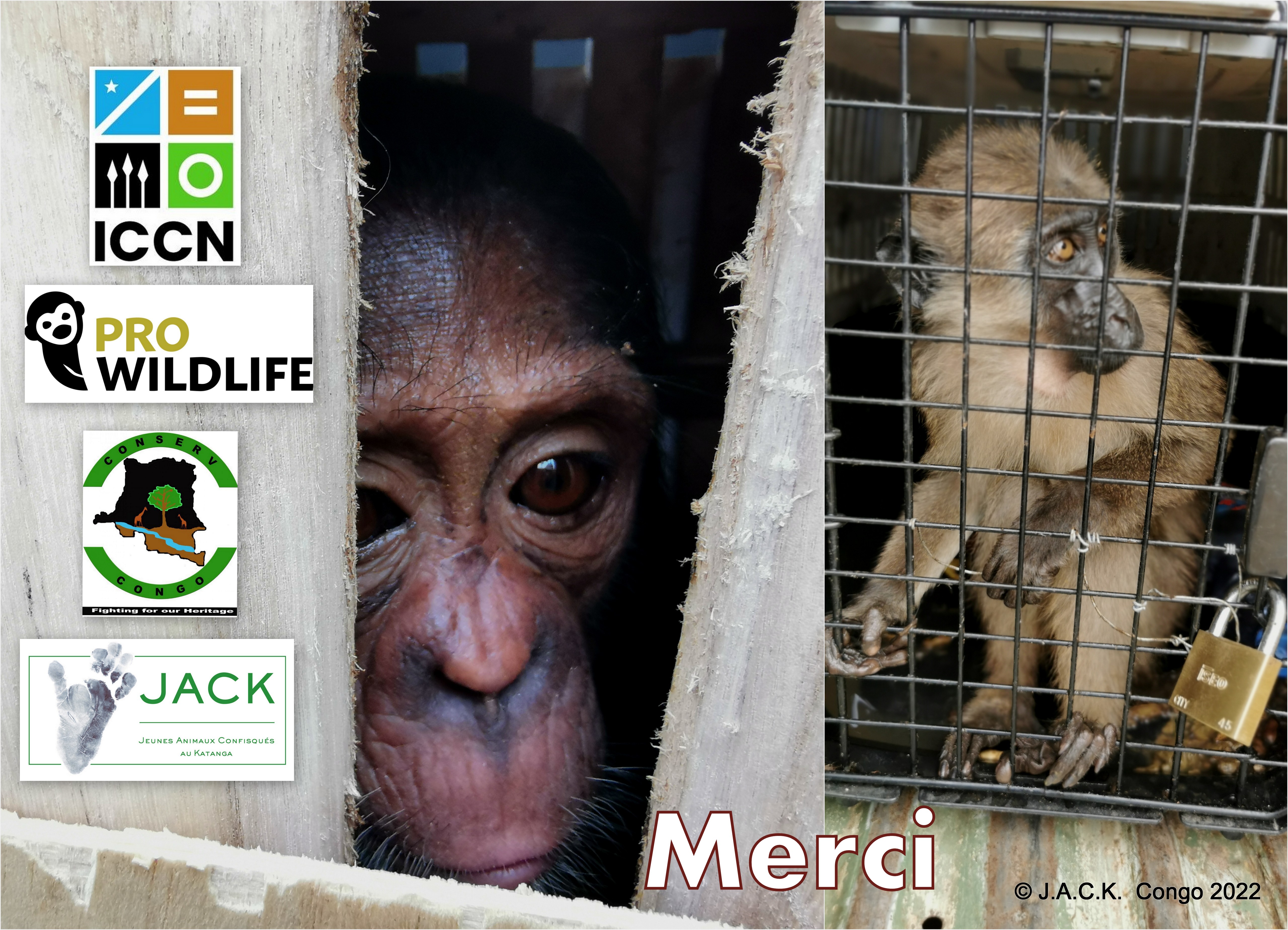 We take this opportunity to remind everyone in the DRC that the possession of great apes and monkeys is strictly prohibited by law. Failure to do so may result in fines and/or imprisonment.

PRIMATES ARE NOT PETS! You will regret it sooner or later because these animals grow very quickly, become dangerous and uncontrollable. Let them free in the forests where they were born! 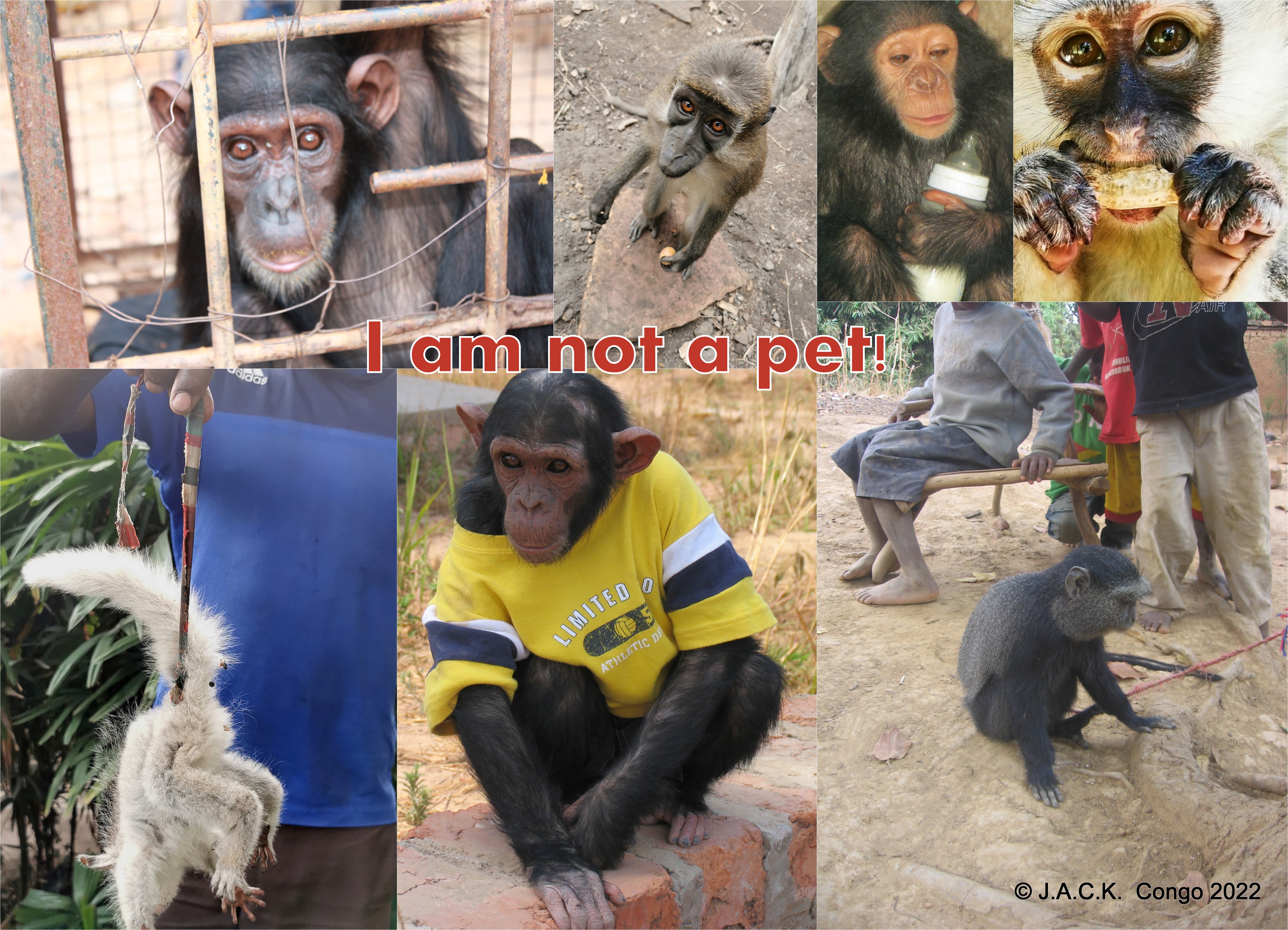