Last Saturday, Founder Franck received a call from the ICCN (DRC Wildlife authority) saying a vervet monkey male had been confiscated in Likasi (a city about 120kms from the sanctuary) and that J.A.C.K. had to find a way to collect it. The primate had been kept on a backyard, chained to a tree….

Thanks to the immense generosity of a great local donor, J.A.C.K. managed to fetch the new resident and to bring it back at the sanctuary.

SYLLIO, the newcomer, arrived at night. Founders Franck & Roxane were waiting for him and, with Dr Christian (J.A.C.K.vet), they got rid of the chain that was around his chest. 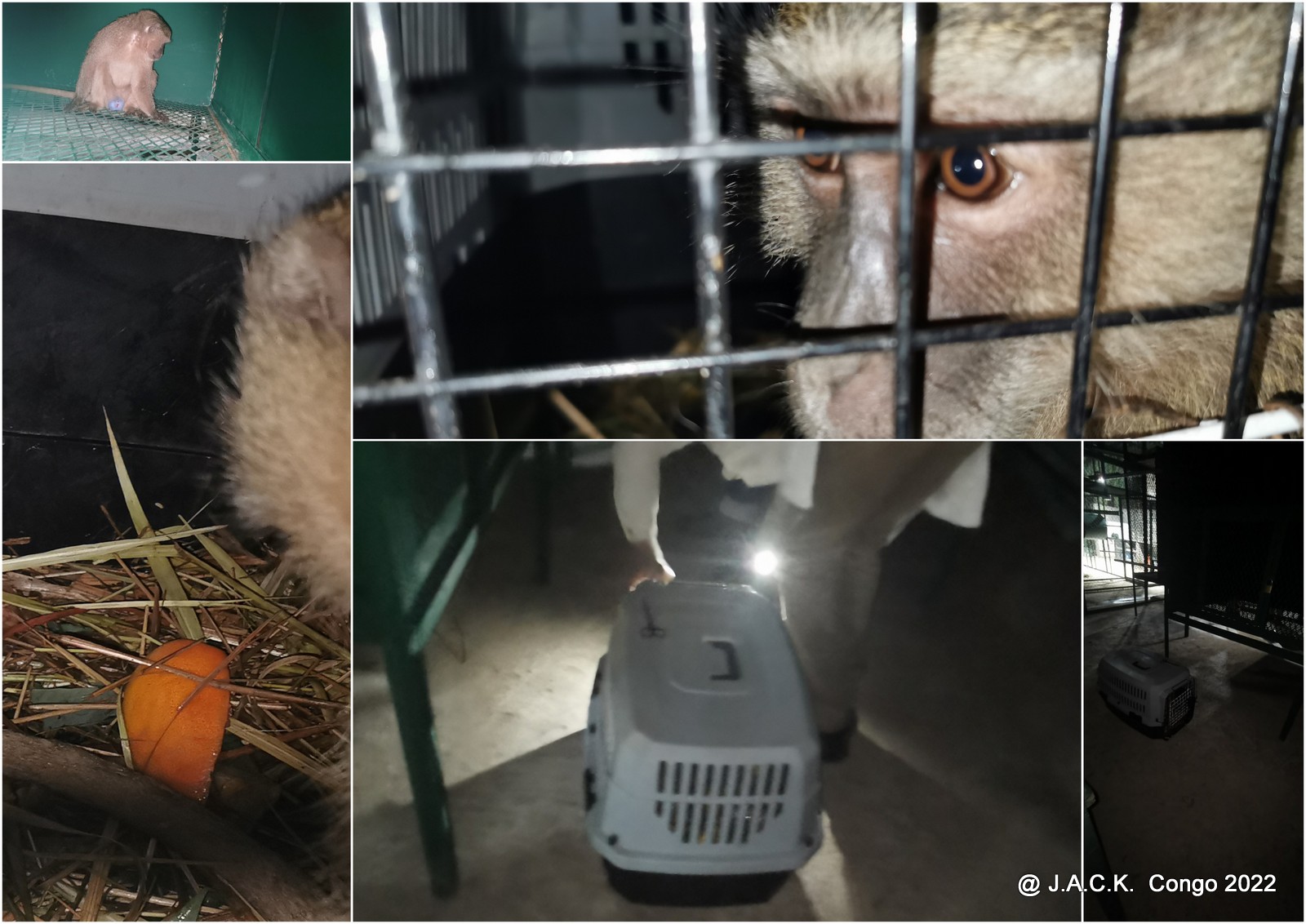 The newcomer is a young adult. He was starving so badly that he spent the next days eating and tasting aliments he had never dreamed of!

Many thanks to the ICCN/Wildlife team and to our great donor who made this rescue possible! 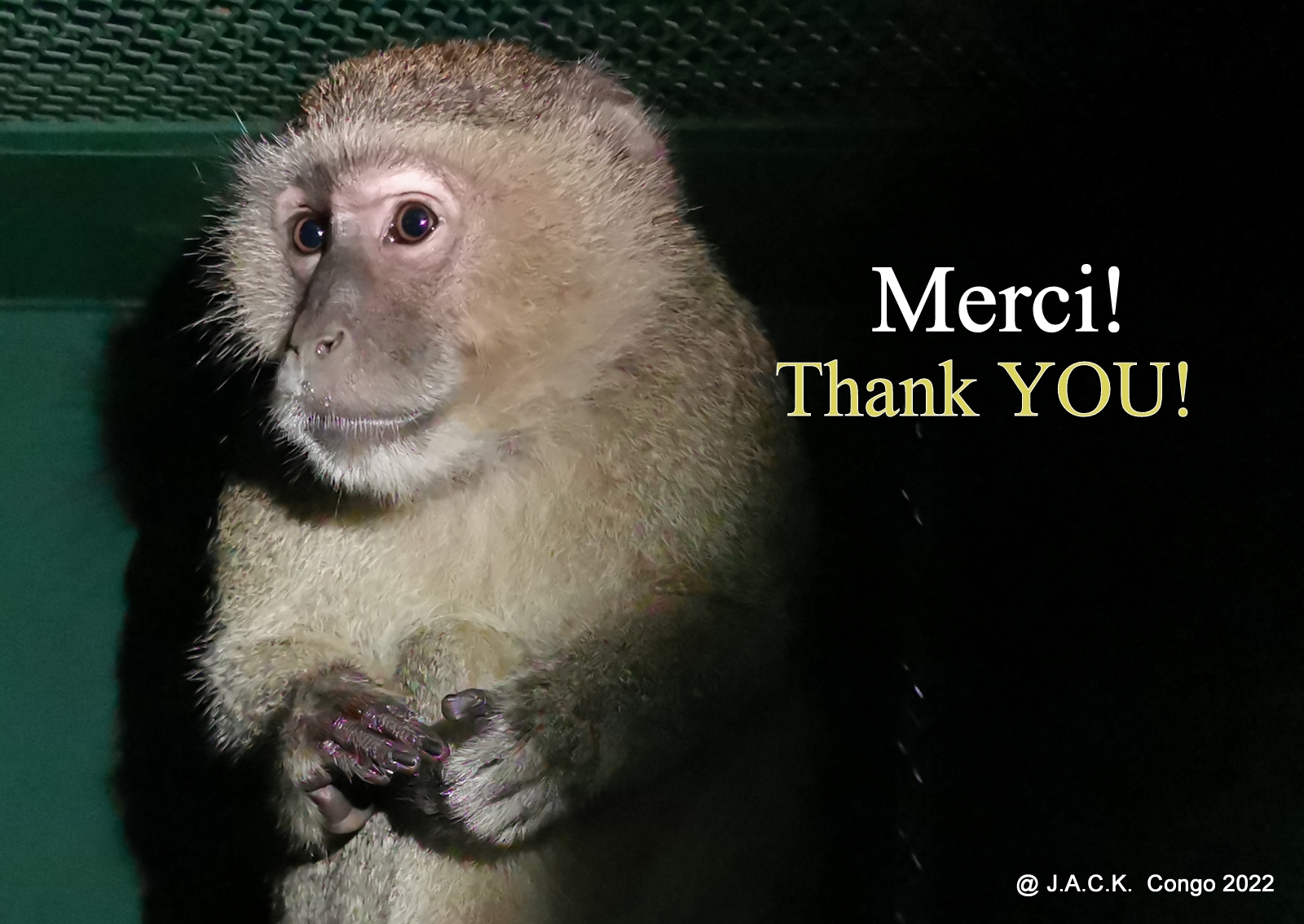