After having suffered the loss of her group by poachers, Banda, the little chimpanzee, found herself captured by these funds in BATAKOLA in the province of TSHUAPA. Later, she was seen for the first time in BOENDE by the association CONSERV CONGO.

She was confiscated on January 29, 2022 by ICCN and transferred directly to Mbandaka by Conserv Congo and Bonobo Aid. With the help of Bonobo Aid donors, and with the assistance of Conserv Congo and ICCN, Banda was put on the plane for Kinshasa and arrived there on the night of February 26 to 27, 2022. In Kinshasa , little Banda was supervised by Conserv Cong and immediately supported by JACK and its partner Pro Wildlife.

Also, thanks to the intervention of a sponsor who wishes to remain anonymous, and always with the precious support of Pro Wildlife, the young animal was able to be loaded on board a Cargo flight to Lubumbashi on Tuesday March 1, 2022.

Roxane, our founder and the JACK team were able to pick up Banda at the foot of the plane, she was taken directly to Jack’s sanctuary.

Poor Banda was totally tired and showed a face filled with despair. She made the first contact with the veterinarian; the latter noted with horror that poor Banda’s hip was lacerated by a chain… Jack’s team managed to cut it despite the pain it caused him. Banda was FINALLY free!!

After cleaning the wound by the veterinarian and a hearty meal, Banda fell asleep for 5 hours under the vet’s cuddles because she felt full of confidence.

Today little Banda is full of life in the warmth of the sanctuary and is recovering at her own pace. Overnight, she feels much better because surrounded by love and affection. 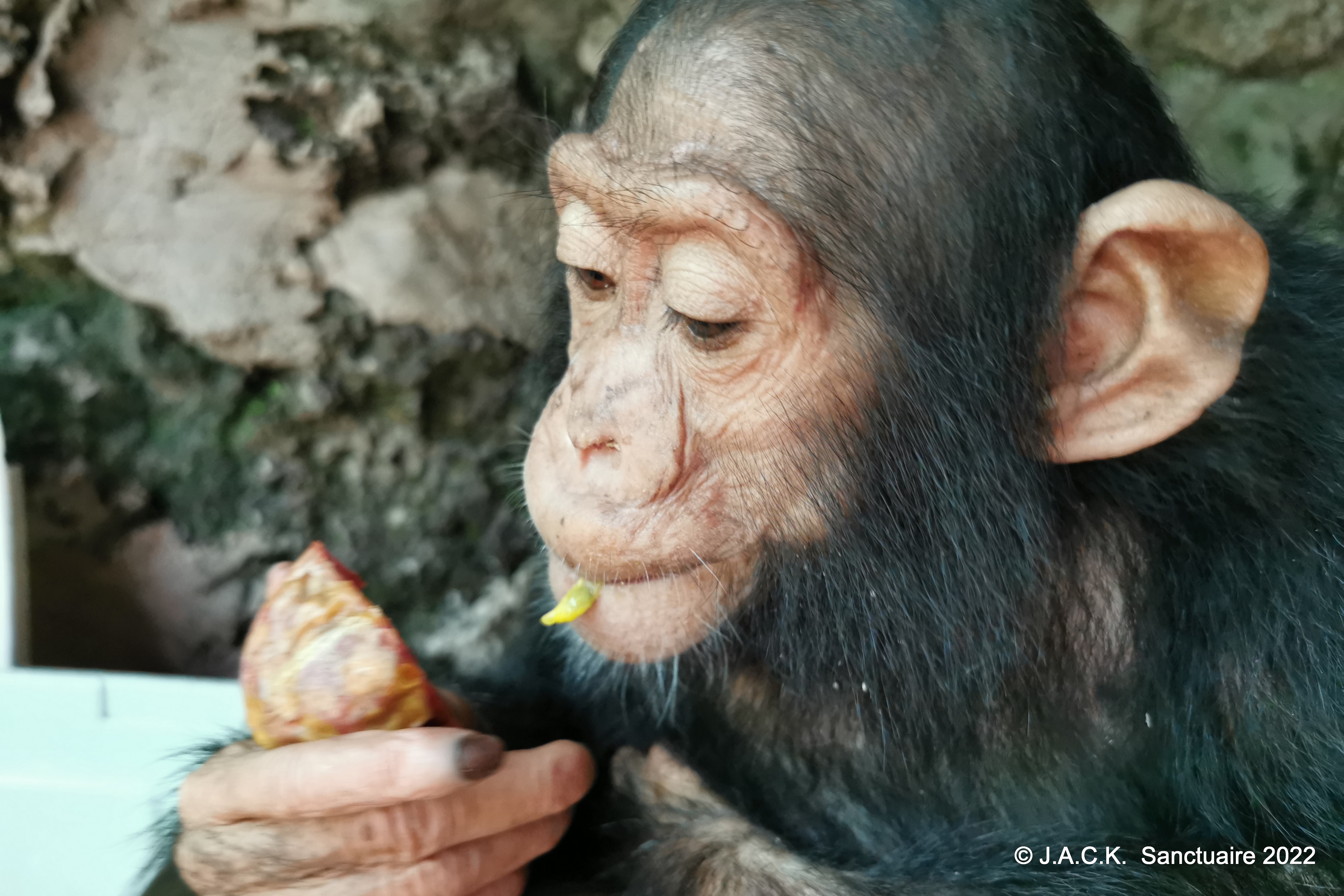 Thanks to everyone who showed an immense outpouring of generosity to give this baby chimpanzee a second chance!

Any support from you is welcomed. Please here’s a link :

More news of Banda are coming soon, stay in touch !