It indeed has been 16 years since this large female was rescued, confiscated in Kinshasa and transferred to our Center in Lubumbashi.

Arrived at J.A.C.K. in August 2006, SHASA survived the arson that we experienced in September 2006 because our action disturbed all the traffickers of the city who made money on the backs of these poor innocent creatures. 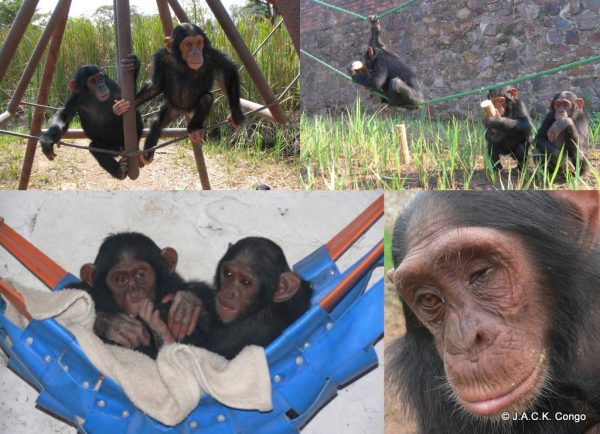 Up to now, SHASA is the second oldest female at J.A.C.K. and she has three particularities: 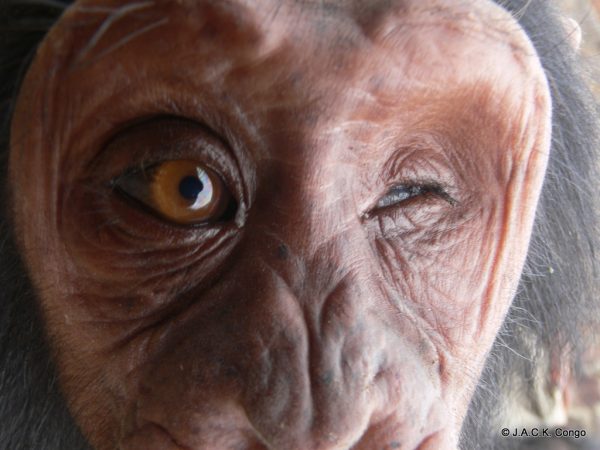 SHASA arrived at J.A.C.K. very small, diminished by her injured eye. But 16 years later, she has become an imposing female in her group. we are proud of what she has become today! 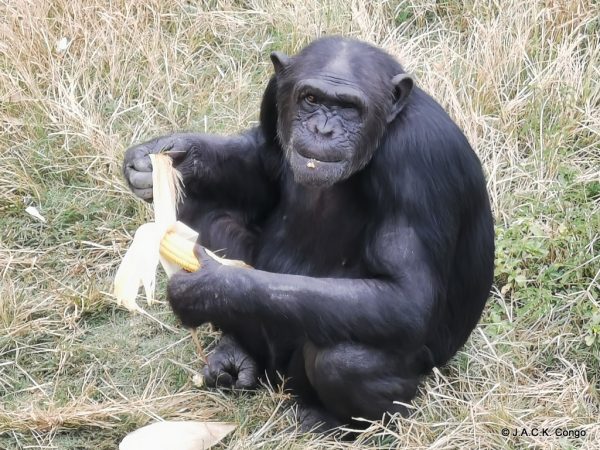