The Congolese NGO APPACOL-PRN of Héritier MPO is doing excellent work in favor of nature conservation in Lodja.

Indeed, Héritier and his entire team are raising awareness against the massive slaughter of wild species to fuel the bushmeat trade as well as the illegal trade of these species. They thus provide the population with alternatives to poaching (market gardening, pig farming, etc.) and guide people in these new areas with a view to reducing the untimely hunting of protected animals (or not) and the destruction of the forest. 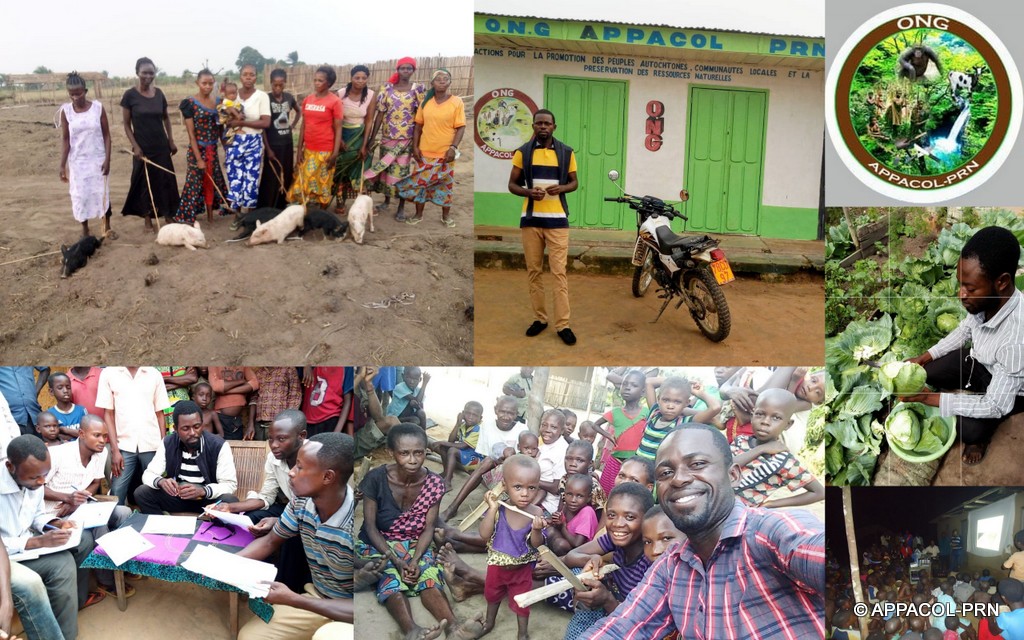 Also, during his awareness-raising movement, he rescues animals resulting from the bushmeat trade. For example, it is very common for people to kill a mother monkey to eat her and dispose of her baby which is not big enough to eat. This baby then becomes a by-product of the bushmeat: it is either kept alive to be fattened, or it is sold as a pet. 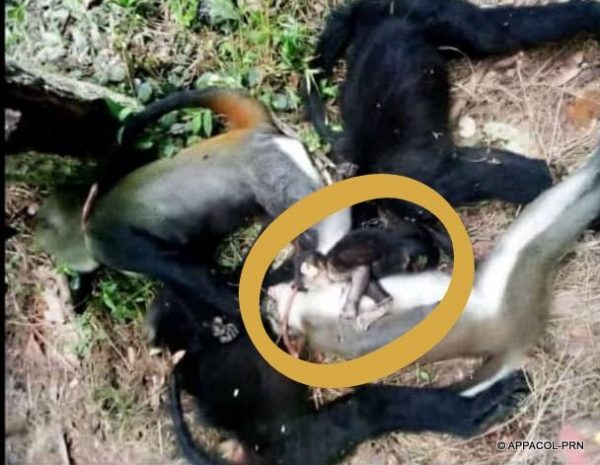 Consequently, it often happens that Héritier and his team confiscate the species of primates thus held (threatened species or not). Sometimes people hand the animal over  to Héritier.

This is how the NGO J.A.C.K. heard about Héritier’s incredible work in Lodja, a place in the middle of the forest where there are still endemic species in danger of extinction such as the golden-bellied mangabey (Chlorocebus chrysogaster) and the lesula monkey (Cercopithecus lomamiensis).

A partnership has recently been set up between J.A.C.K. and APPACOL/PRN in order to save all these orphan primates abused by man. Remember the last two transfers of primates that helped the evacuation of 22 victims of trafficking from Lodja to Lubumbashi (Lodja1 et Lodja2) ,to the Rehabilitation Center for Primates J.A.C.K.

Given this partnership, it was normal for the Founders of J.A.C.K. that APPACOL-PRN/Héritier could benefit from basic veterinary equipment and training in veterinary care from Dr. Christian, J.A.C.K. ‘s veterinarian.

Syringes, multivitamins, dewormers, disinfectants, antibiotics but also hot water bottles, gloves, transport cages, etc. were provided to him by the OLSEN ANIMAL TRUST and Madame Linda, two major sponsors of J.A.C.K. Heritier being about to leave, he has enough to bring back to Lodja where he lives and does all the confiscations and rescues.

Thus equipped, Hériter will be able to provide immediate and appropriate care to these victims. When there is signal, Dr. Christian is in constant contact by telephone with Héritier as soon as a case arises.

Thanks to Héritier and his team for all the work done on the ground.

Thank you to Dr. Christian for his time and his involvement in improving the health of these orphans abused by man.

Thanks also to the OLSEN ANIMAL TRUST and Mrs. Linda who made this training possible and the purchase of basic equipment. Without you, J.A.C.K. could not have completed this project.