In 2021, little Bunia – once called “Marie” by her executioners, was captured by poachers who decimated her group and killed her mother at the same time. As a reminder or for those who don’t know: to get a baby chimpanzee out of the forest, poachers kill an average of 10 adults. Either they collect these to supply the bushmeat market, or they leave the bodies behind and only take the babies. These cubs are then by-products of the bushmeat trade: they are either sold as pets or fattened up to be eaten afterwards.

Bunia is one of those babies who lost everything and witnessed the massacre of his family. She was detained for several months in a village (Komanda) with peasants who had tied her to a rope – the baby primate found herself under the elements, tied to a pole with a rope that lacerated her hips…

It was by chance that a General of the Congolese Army saw it and picked it up. He cared for her and then handed her over to the Environment Authorities who entrusted her to Conserv’Congo, a Congolese nature conservation NGO. Mr Adams Cassinga, president of the said NGO, contacted J.A.C.K. who immediately did everything to repatriate her to the sanctuary of Lubumbashi thanks to the very kind support of the PAN AFRICAN SANCTUARY ALLIANCE (PASA).

Finally, she arrived at J.A.C.K. on March 24, 2022 with the conviction that, this time, she was going to have all the love and security that she had been dreaming of since the death of her mother.

The J.A.C.K. team supervises her as well as possible and gives her everything she needs! 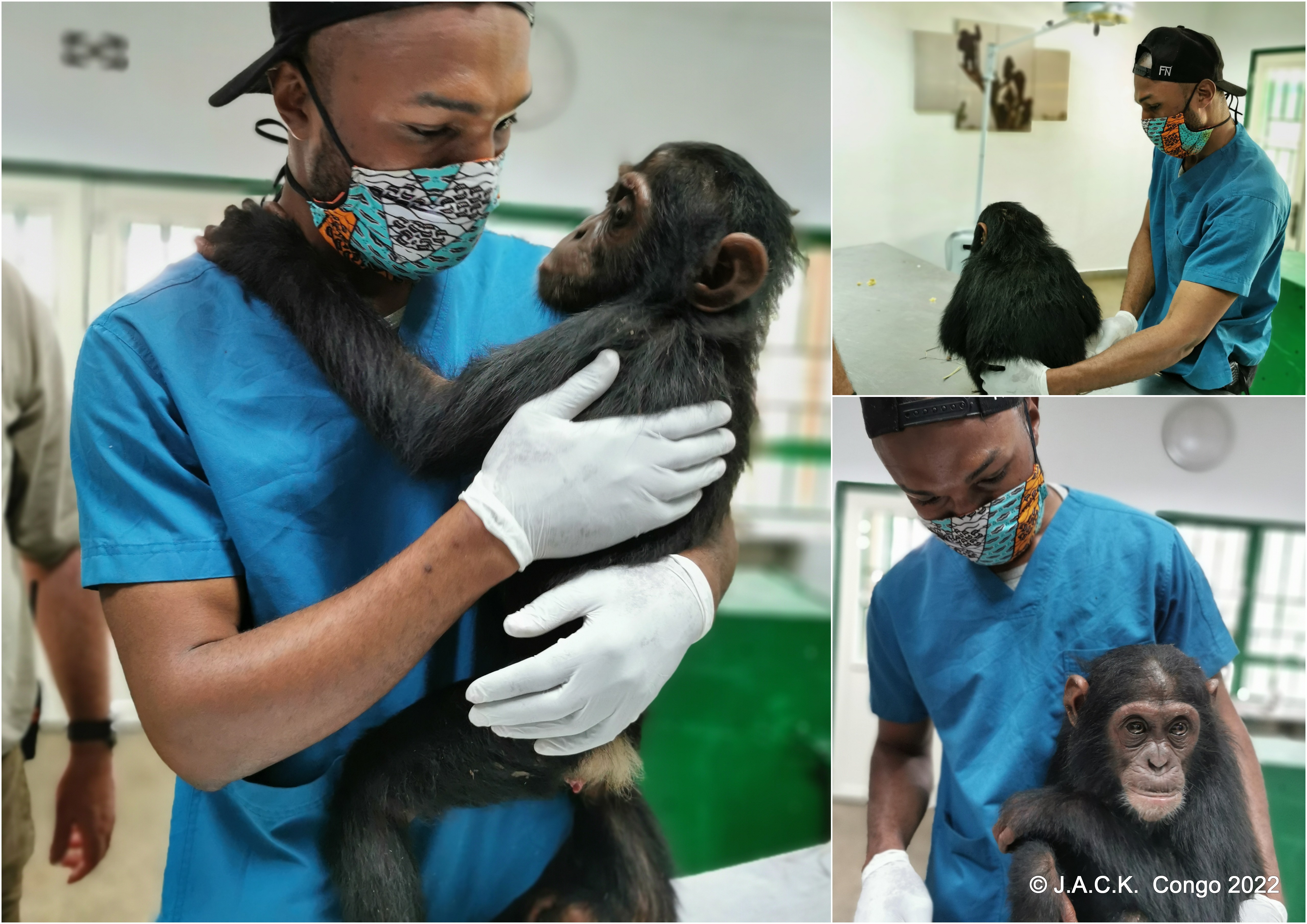 If you also wish to bring your support, know that for 10€/month (i.e. 4€/month after tax deduction in France) you can sponsor her. Help us overcome these horrors she experienced. Help us give her a loving present with everything she can dream of… 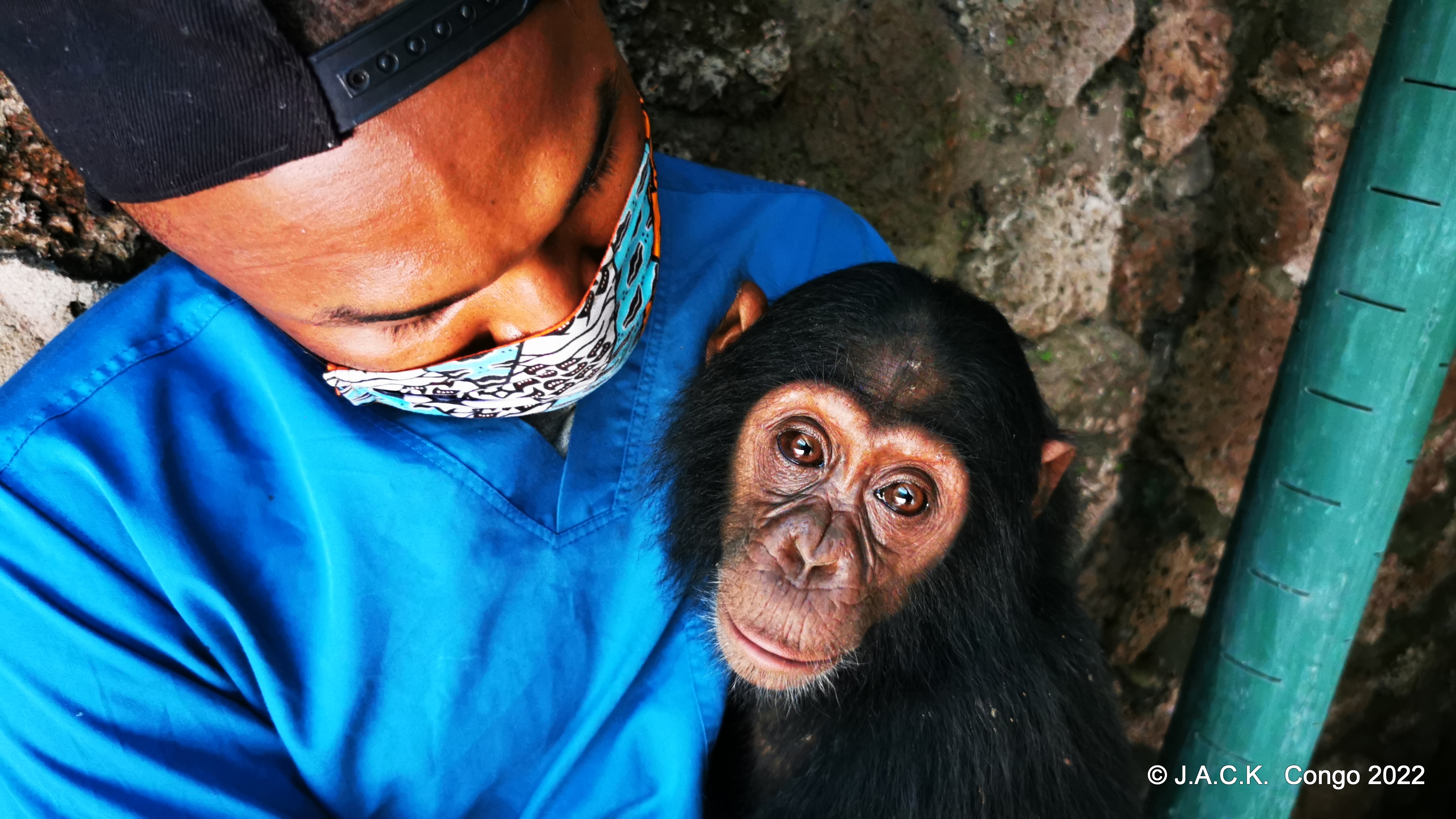 Thank you for her!