End of last week, someone called Franck saying he had a man in his car with two very small chimpanzees. In less than 10 minutes Environment inspectors + the Minister of the Environment were aware of the situation and ready to come to confiscate both chimps. Franck and I were sick and cross: two more chimps, all that slaughter again and again…

Upon arrival, things turned out to be completely different! Even the Environment inspectors who had jumped in emergency into our car started laughing: the two primates weren’t chimps but very tiny baby baboons….

Franck asked the Zoo of Lubumbashi for advice. The Zoo is also at full capacity and no enclosure was available for the baboons. But finally, it was decided to give the babies a chance and to introduce them to a mummy baboon of the same species that had been isolated for weeks because of eye cataract.

To put the little ones with her was the only solution. So, the Environment inspectors started the legal confiscation procedure while Franck and I were trying to introduce the new comers to their surrogate mum and… all went well!

Yes, the young female accepted the two little ones and the babies went immediately into her arms!!!

Today, the babies are still with their mum and we feel very very happy for the 3 of them: the female is no longer alone and the 2 little baboons have now safe and strong arms to protect them!

Well done everyone and many thanks to the Zoo to have given the babies a second chance and also thank you to all the people who participated to this rescue …. 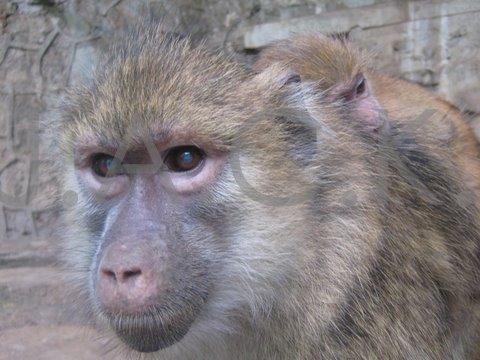 HAPPY NEW YEAR TO ALL OF YOU!

baby on the back