I am so sorry to come back so late with the story of tis rescue. Some of you know how hard we are currently working on another rescue ; the biggest rescue ever mde of primates in Africa!

So, here is the story of the October rescue.

A month ago, a very important wildlife traficking investigation was led on a meeting point of traders at the borders of Congo and Zambia. After several days, it was discovered  animals among (which endangered species) have been transitinf through this particular place before heading for South Africa and probably to countries like China..

This is how Mr Elie, our colleague who is also a police inspector from the criminal investigation of the Ministry of the Environment, drove back to the border with a team and a car of J.A.C.K. to confiscate a female chimpanzee and two bush babies (galagos)

The baby chimpanzee was kept in a meshed and concrete cage. When she saw our team arriving with the food we had prepared, she immediately found our people very interesting and got on well with all of them! 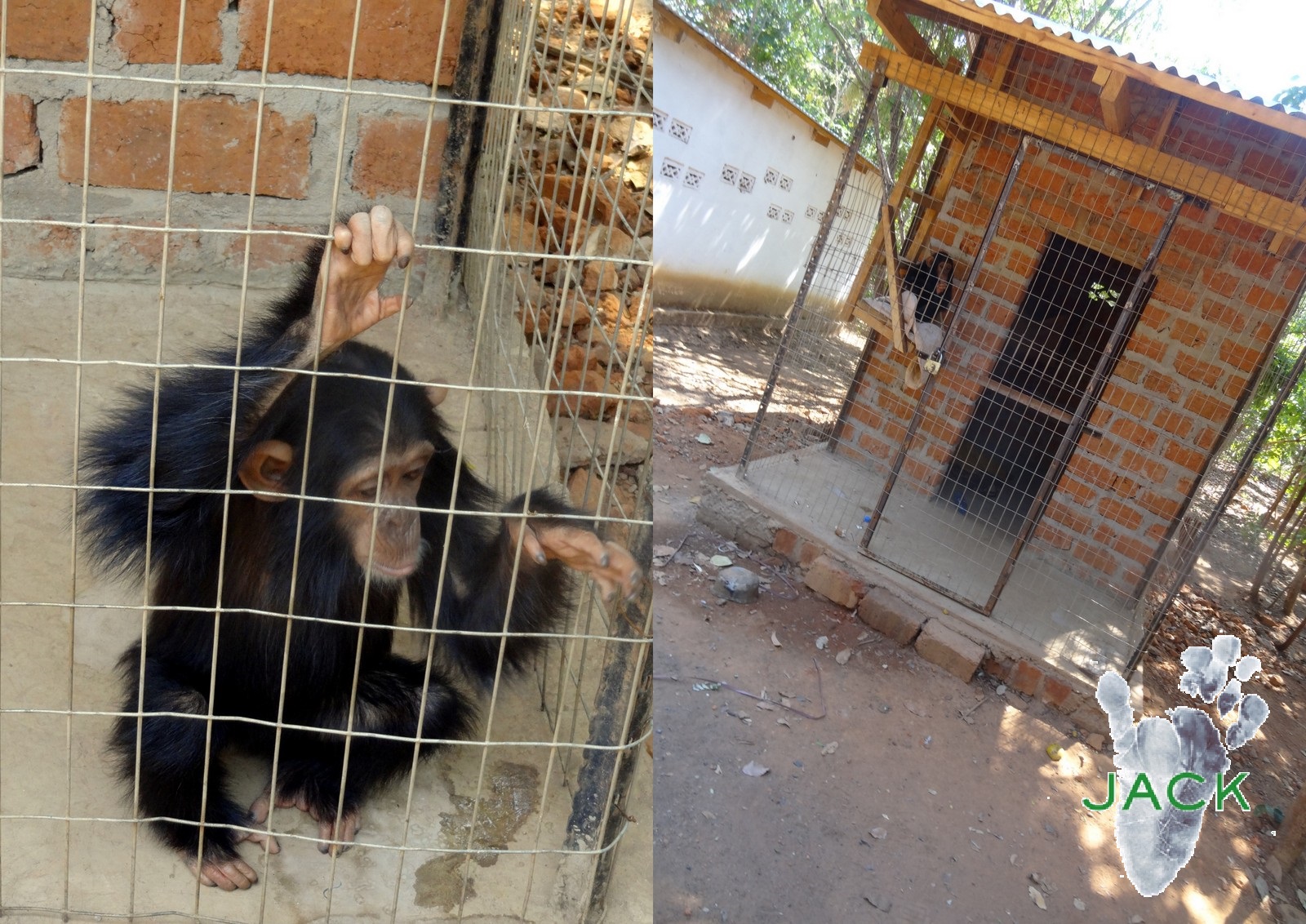 Frightened and traumatised, the busbabies (nocturnal prosimians) were in full sunlight and our team covered their cage with a tarpaulin while feeding them. 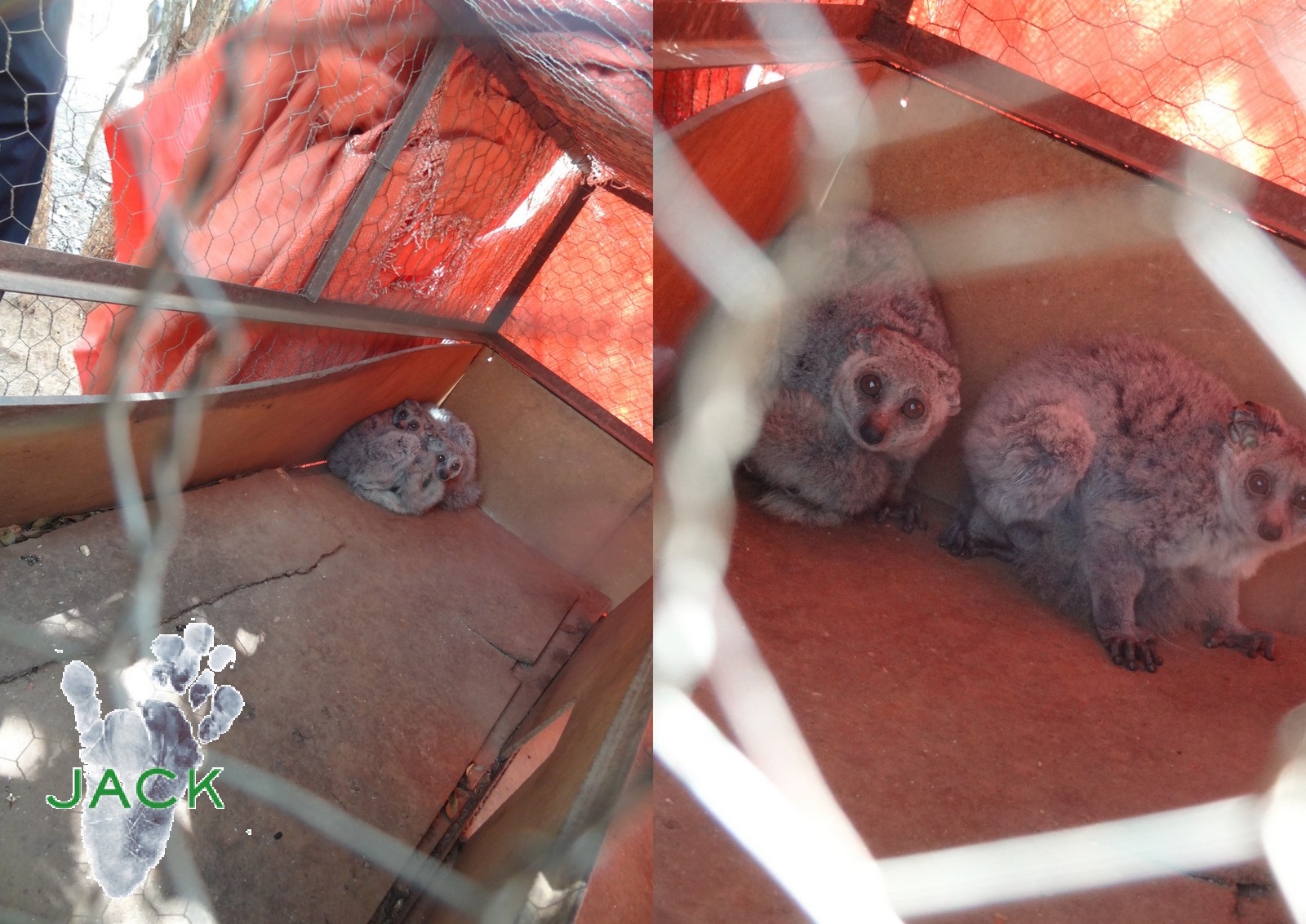 The different animals were put into the transport cages of J.A.C.K. and the car once all the legal procedure was done. A long journey was waiting all the team to reach us in Lubumbashi. 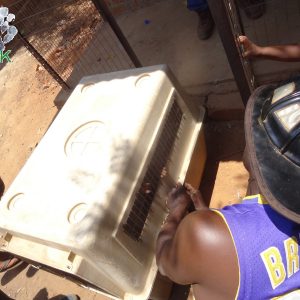 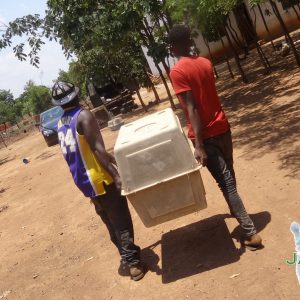 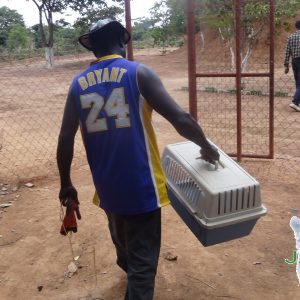 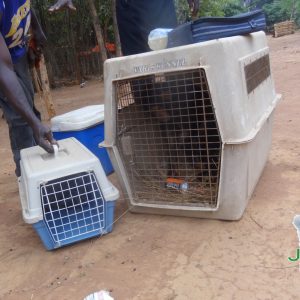 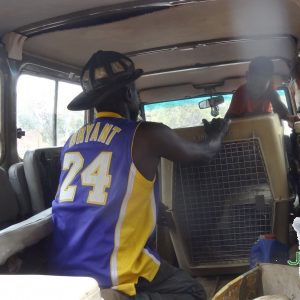 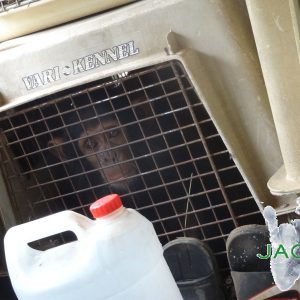 Tomorrow I will tell you more about our new residents. Stay connected

DRC authorities have just confiscated about 200 kgs of ivory near the Zambian border. The owners of the different parcels haven’t been arrested since they managed to run away.

J.A.C.K. is a sanctuary rescuing great apes. But J.A.C.K. main mission is to stop illicit trade of endangered species (death or alive) and to enforce wildlife laws of the DRC. Therefore, Sanctuary Founder and President Franck Chantereau was called by the authorities to help and provide them with some advice regarding this important confiscation which, to our knowledge, is the LARGEST IVORY CONFISCATION ever made in Katanga Province, South Democratic Republic of the Congo!

When at the High Court, Franck Chantereau undoubtedly witnessed the terrible slaughter. Together with state agents he opened  different parcels and counted not less than 100 elephant tusks which had been cut and hidden in boxes together with 116 cow horns – a common technique used by the traders to lure officials at the borders.

The Governor of Katanga, the Vice Governor of Katanga and the Public Prosecutor of the Republic attended the tragic evidence and firmly condemned this horrible slaughter through local TV and Radio. They also warned anyone dealing with such fraudulous activity!

J.A.C.K. Sanctuary has been greatly thanked for its support.

And for Franck Chantereau it has been an oppotunity to congratulate all participants concerned as well as to deeply deplore the slaughter of about 50 elephants that would have ended in jewelry items on Asian markets!

Will there ever be an end to all  that killing?

It’s been several years now J.A.C.K. suspected the city of Lubumbashi had become a transfer point to dispatch ivory to the world. This confiscation has proven the trade really exists and we do hope this legal intervention will help dismantle other mafia-style networks!

We have no words when seeing all these tusks. All these lives lost for money, how can people act like this and just ignore they are destroying our planet? Today we are only somewhat satisfied that these parcels will never reach their destination!

To stop illegal trade of great apes is a priority if we want these species to survive and if we want our grand children to have the chance to see these creatures in their wild habitat. These are the reasons why Franck and I do work daily via our NGO, J.A.C.K..

Today, Franck is at the UN Complex of Nairobi where he is among the PASA delagates attending a meeting organised by PEGAS & GRASP. Our NGO has been a clue to stop ape trafficking throughout South DRC : 9 years ago, about 3 infant apes were taken from the wild to be sold in Lubumbashi or to cross the border. Today , and since 2010, no more chimps are  seen on sale in and around the city of Lubumbashi. It took us several years to reach this goal which hasn’t been achieved without obstacles nor sacrifices… 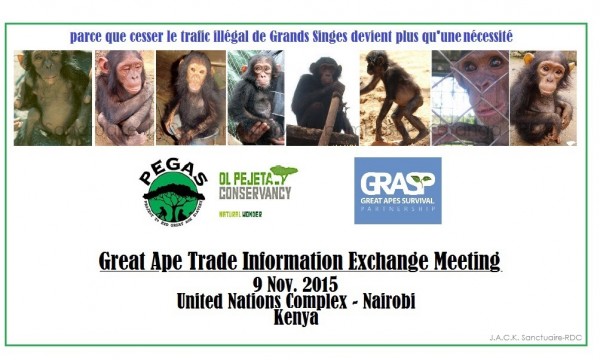