As already mentioned, JACK not only saves infant chimps but also takes care of bush babies or galagos. 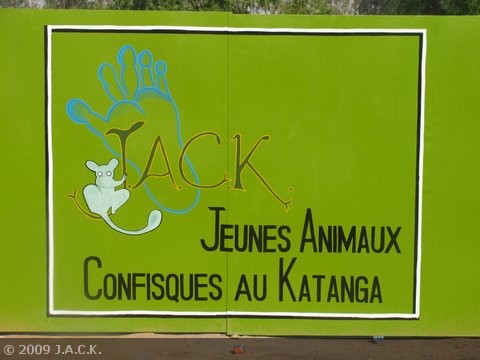 In our Southern part of the DRC, one of the galago species we have is the biggest bush baby of Africa : the greater galago (otolemur crassicaudatus crassicaudatus). 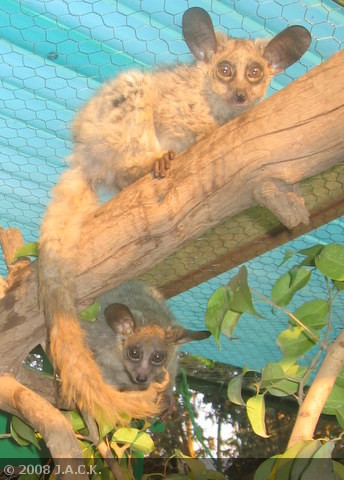 Unlike apes and most of the DRC wildlife, these small nocturnal creatures are being poached for their meat. Pacific and the size of a cat, greater galagos are caught very easily: because they sleep in the trunk of the trees during day, poachers put the tree on fire and wait for the galagos to come out of their shelter. 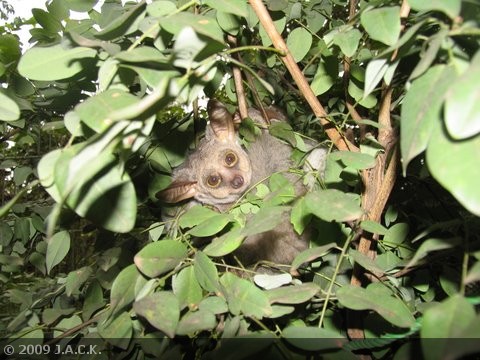 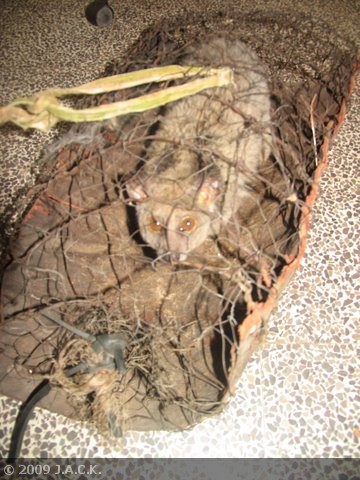 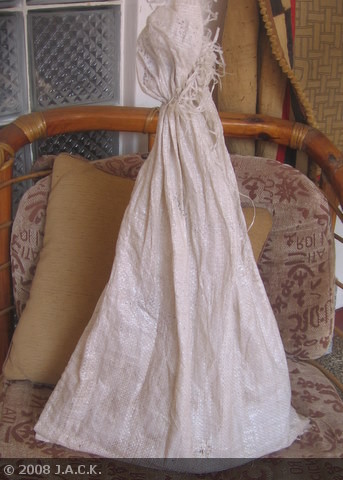 Bag (top) and galago inside the bag (below) 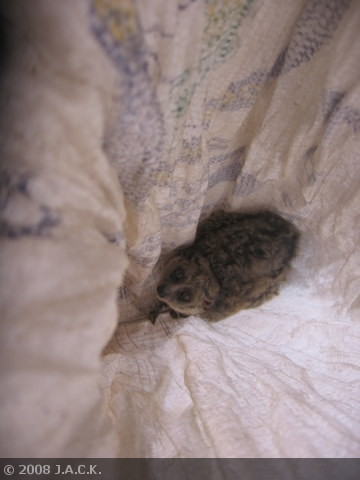 … or in other kind of cages/boxes… 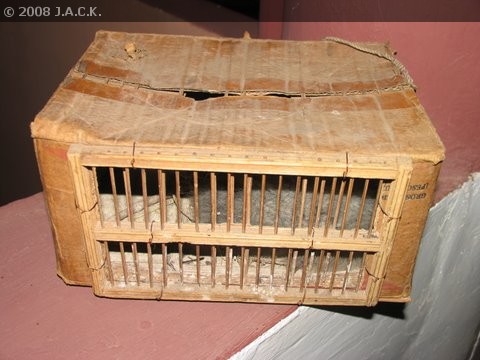 Bush babies are mainly bought by expats! These latters believe they can domesticate them and, ignorant, they keep them in their houses and make them become diurnal. One particularity of the galagos is that they wee on their hands and feet to mark territory… so, imagine, expats got rid of them because their “pet” is “smelly” and urinates every where… 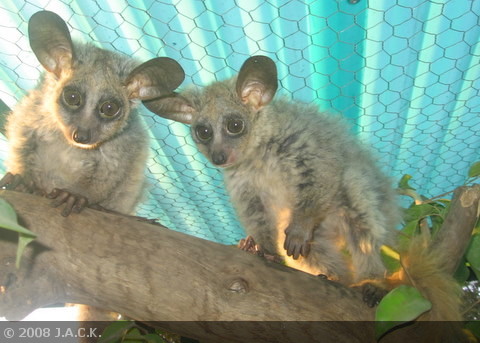 galago on the right is weeing on his hands

Not many studies have been carried out on bush babies. Our project is receiving advice from the Nocturnal Primate Research Group coordinated by Professor Simon BEARDER, one of the world’s leading authorities on nocturnal primates. 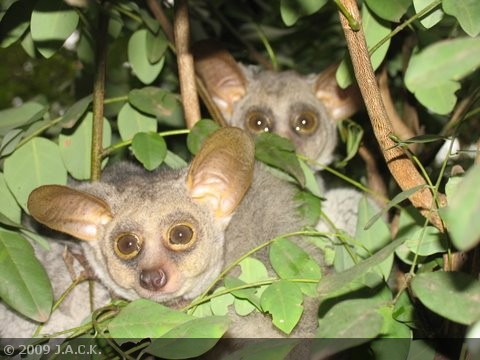 As to provide the best to these government seized little ones, JACK built new enclosures. There are now 5  bush babies – all males! 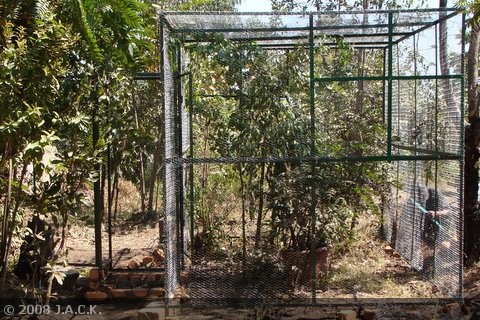 Upon arrival, seized bush babies stay in quarantine. To introduce them to their new place takes a couple of days. As the kennel is their first quarantine place, we put the crate into the new enclosure where they remain 1 or 2 days. 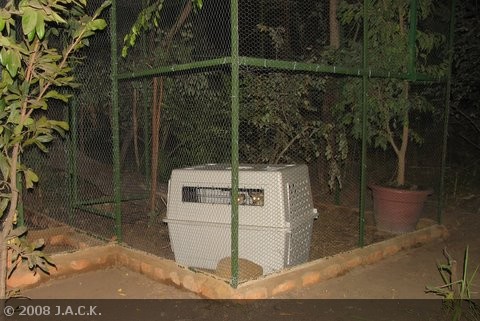 galagos kept in the kennel to adjust to their new environment 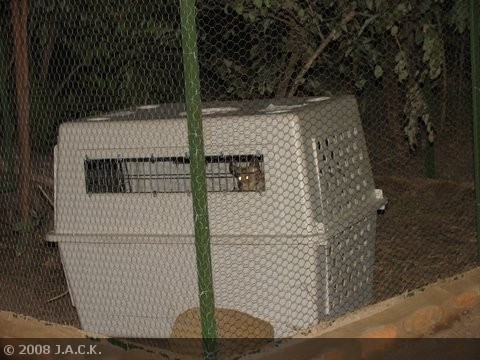 Then, we open the door of the kennel and the bush babies are allowed to come out at night and to discover their new world. The kennel is still inside in case the galagos want to keep sleeping in it. 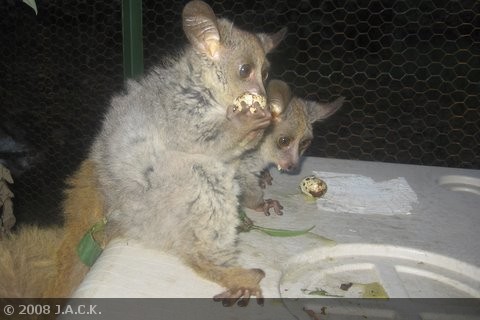 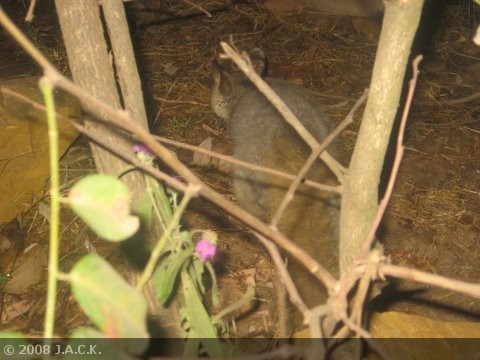 A few days after, kennel is removed and the galagos have their own little house where they sleep during day… 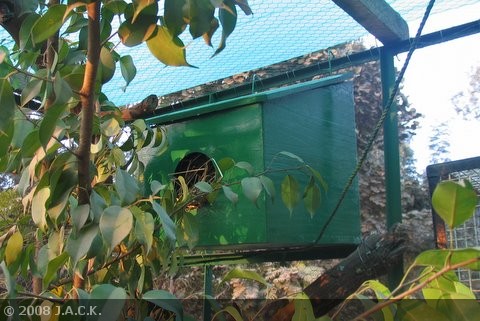 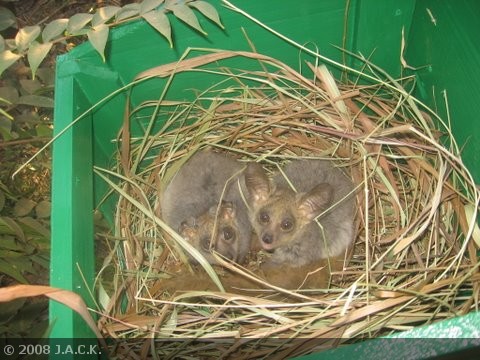 But it is clear JACK doesn’t want to keep these lovely creatures in an enclosure. 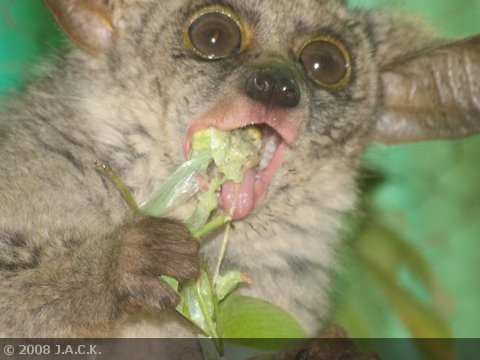 A reinsertion program is planned and the individuals will be released with collars as to allow further study about this species in the DRC. This will be another step and of course, I’ll keep you posted. 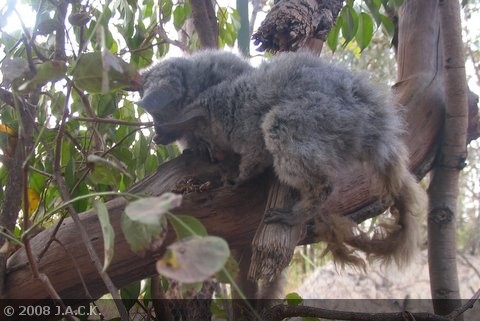 An adoption program for these confiscated animals will start soon as well. 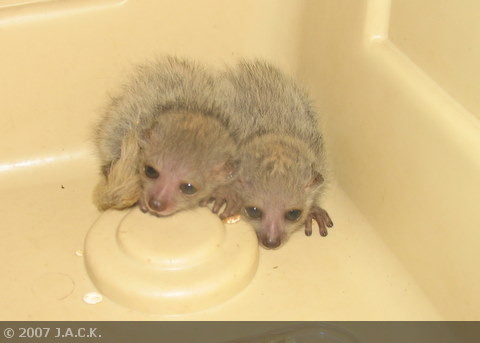