The lesula (Cercopithecus lomamiensis), a native species to the DR Congo, was seen for the first time in 2007. Its existence was confirmed in 2012 in a limited interfluvial area of approximately 17,000 km2 in the Eastern central basin of the Democratic Republic of the Congo. The Lesulas occupy the rainforests between the Tshuapa and Lomami rivers . It is said the biogeographic barriers of these two rivers may have contributed to the isolation and original specification of this unique species. Regarding conservation status, the lesula species has been declared “vulnerable” by the IUCN. 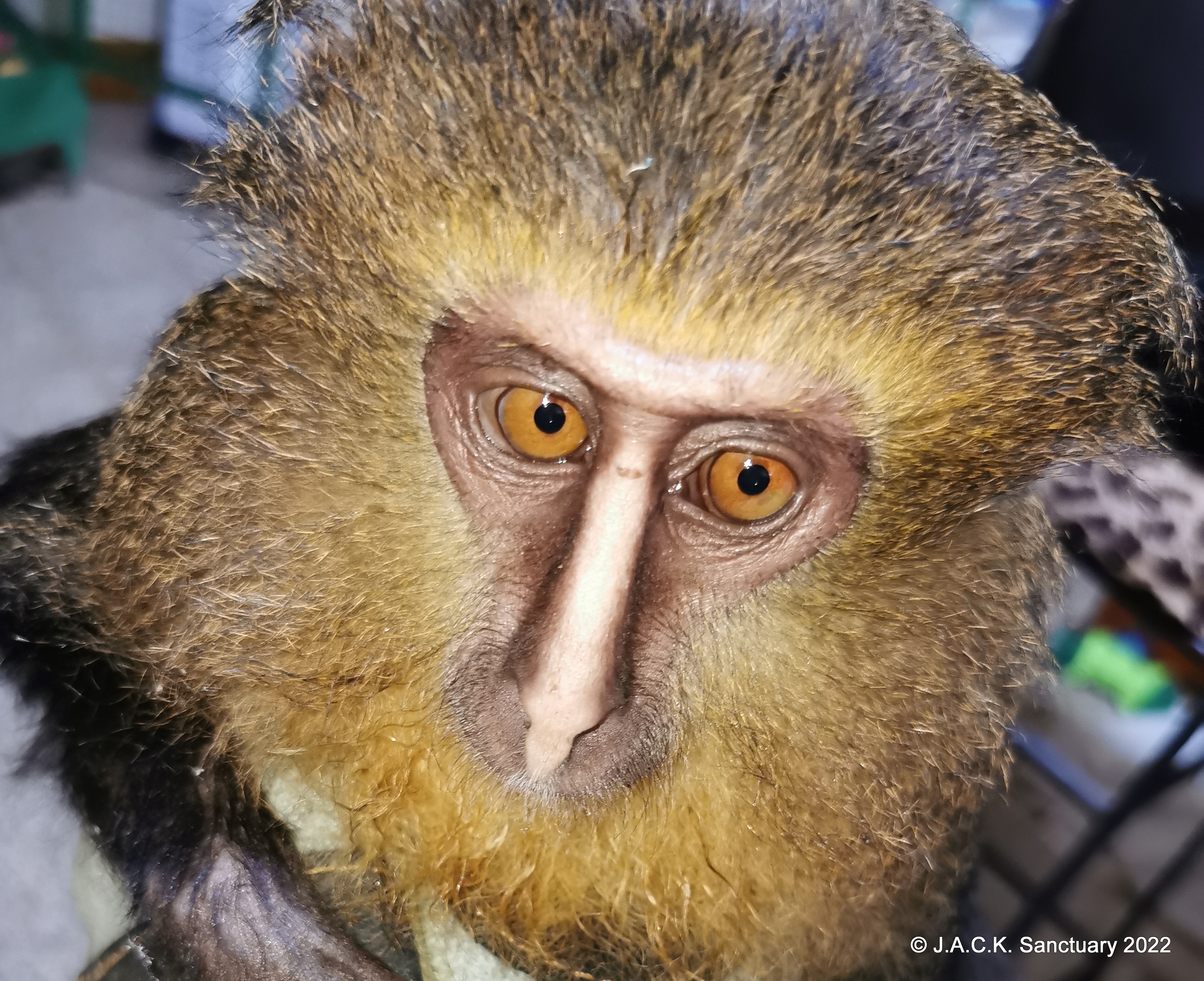 DJONGA was confiscated in Lodja a few months ago by a  friend of J.A.C.K., Héritier, and she has always lived isolated because she refused to mix with other species of primates. Our new resident arrived last weekend with the group of primates that our NGO managed to transfer thanks to Héritier, the DRC Wildlife Authorities and the different Partners/Donors who kindly contributed to this rescue.

After her arrival at our Primate Rehabilitation Centre,  the vet took care of her since small sores had been discovered on her hands. 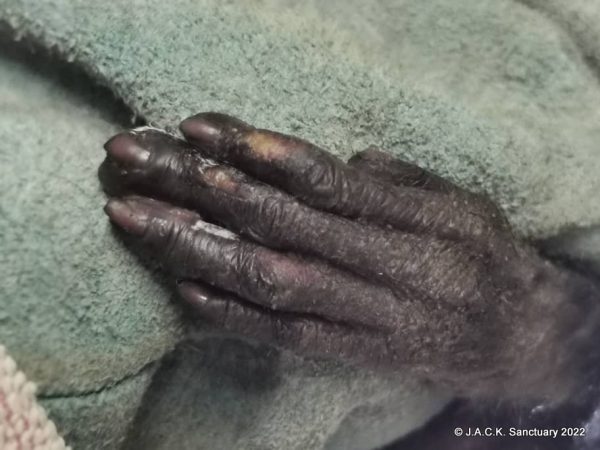 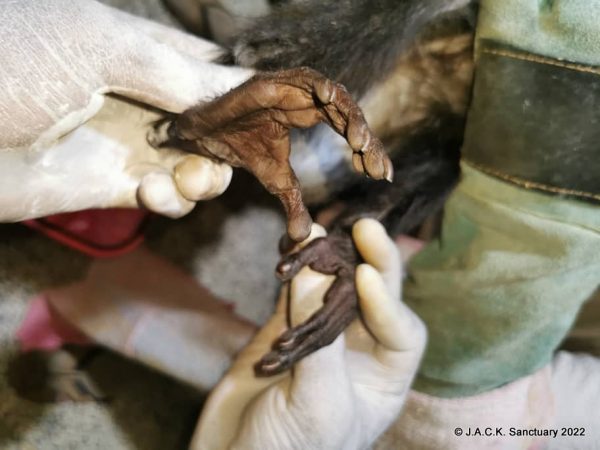 DJONGA is now adjusting well to her new life. She is still kept under observation. New facilities are being built for her to live in a bushy area close to the other primate residents of J.A.C.K.. and we hope to move her soon. We will keep you updated.