A few weeks ago, we announced the imminent rescue of 23 monkeys  confiscated by a Congolese NGO APPACOL-PRN located in Lodja, a small town between Salonga National Park and Lomami National Park. Given the number of primates to be saved, it was almost impossible to bring them all back in a single transfer, hence the subdivision of Lodja1 and Lodja2.

Thanks to the support of both national and international Partners, the transfer of LODJA1 was a success. A total of 10 primates of different species, some of which are endemic to the DR Congo, were brought safe to J.A.C.K.

Those who remained in Lodja awaiting the transfer were patient because it was only several weeks later that the process of the trip could start. During the wait, three other primates including a red-tailed monkey and two vervets monkeys were confiscated and were to be part of the journey. 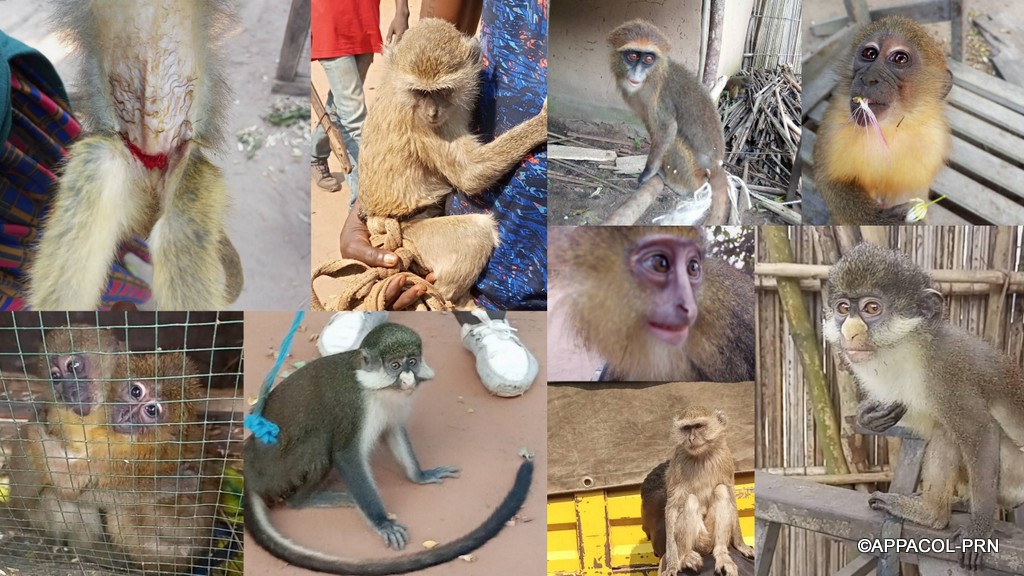 One of the great challenges was to find a means of transport from Lodja to Mbuji-Mayi then to Lubumbashi. This is how a private pilot offered his help  to transport all the primates. 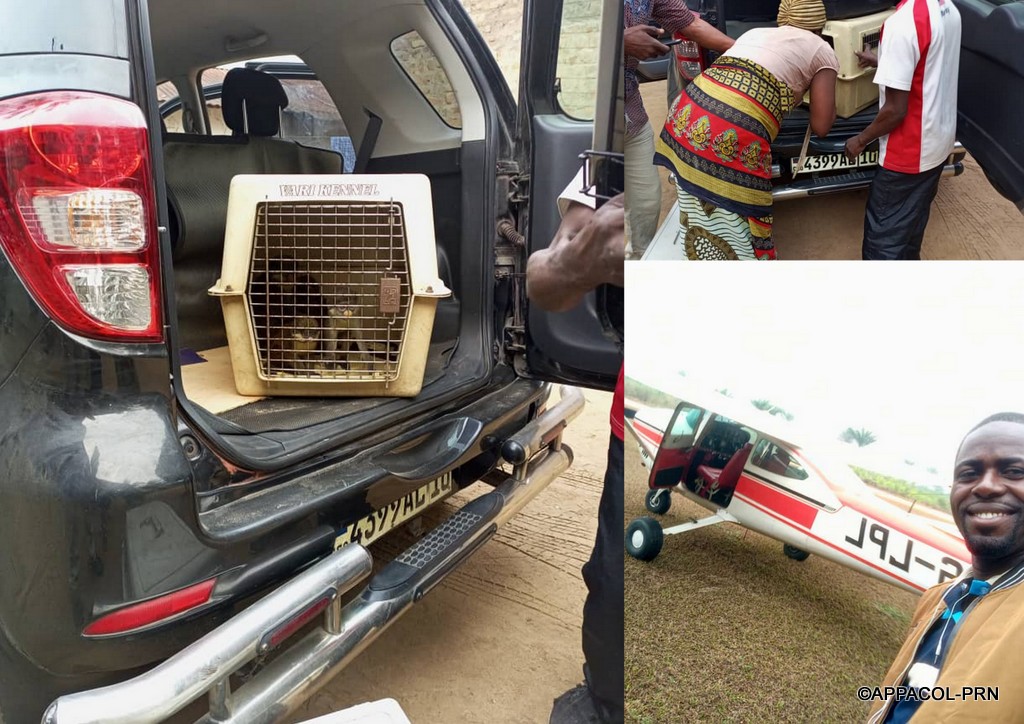 The plane left early in the moring with the 10 primates and with Heritier, the person in charge of the Congolese NGO . He’s the one who seizes the primates together with the drc Wildlife Authorities. A stop-over was needed in Mbuji-ayi to collect the 3 primates that had been recently confiscated and rescued.

Unfortunately, when laoding the crates, and because the pilot had to transport his own gas, there wasn’t enough space for the crates of the two vervets which we decided to leave with their surrogate mother. A third journey will have to be organized to collect them.

The 12 primates safely arrived in Lubumbashi on the same day. 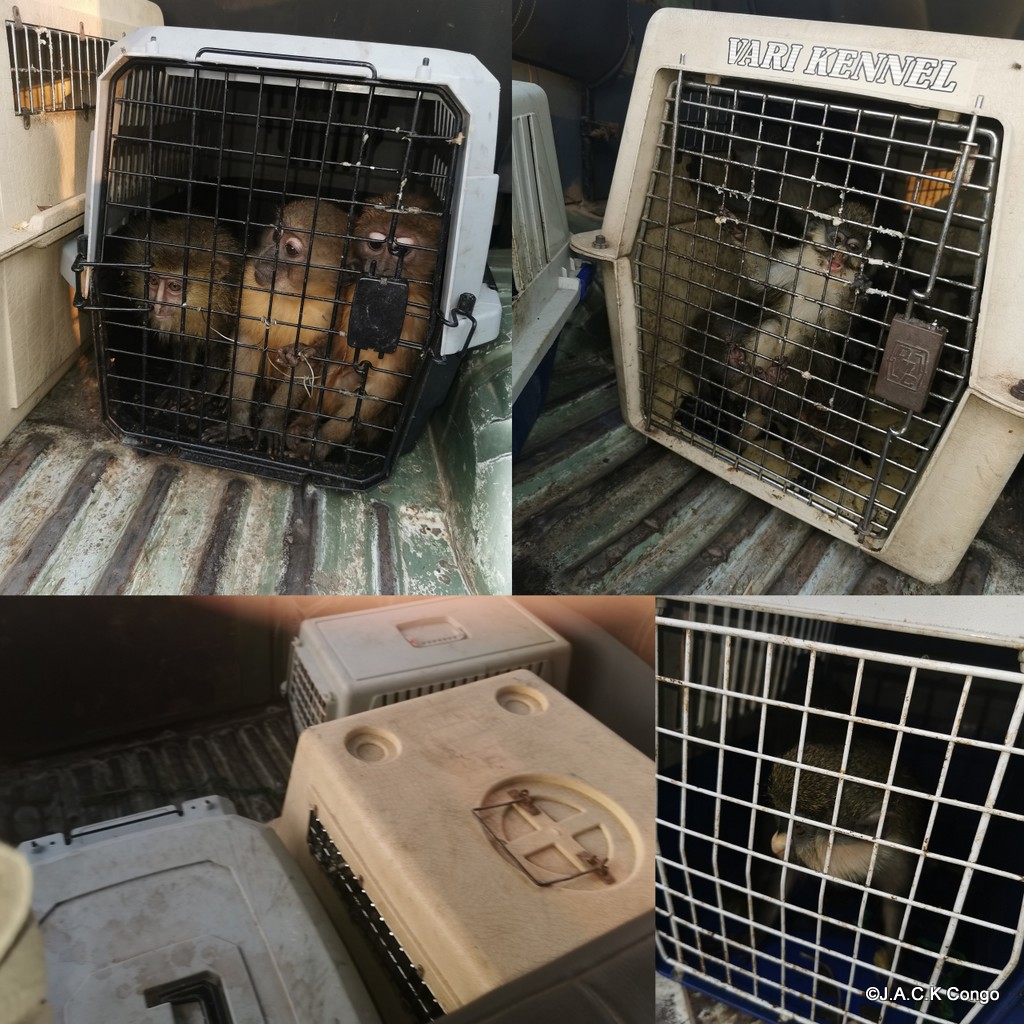 Upon their arrival at J.A.C.K. they were all checked by the vet –  especially the baby Lesula who had an worrying wound on her left foot. 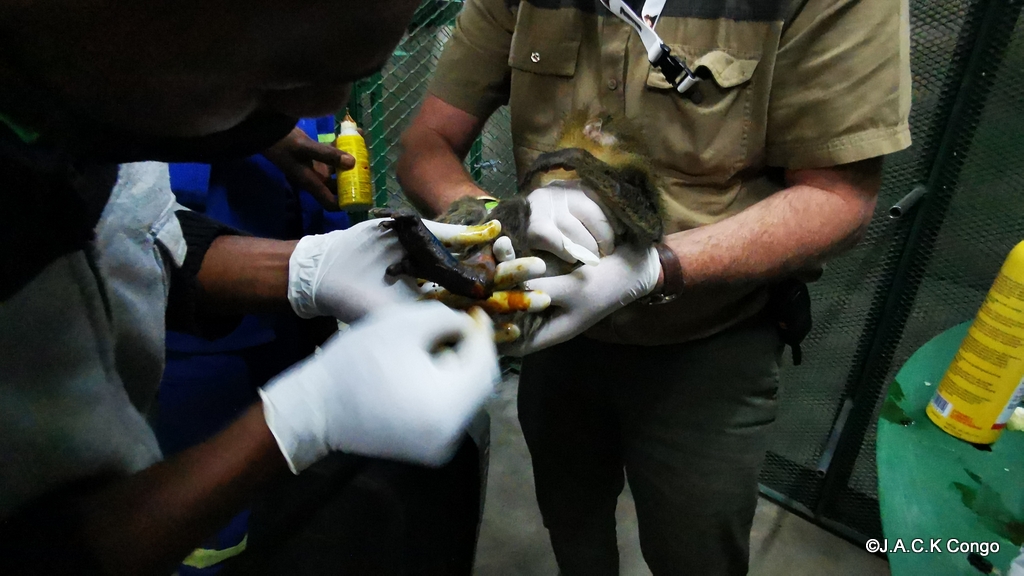 Our new resdents have thus inaugurated the brand new faciities that have been build by the INTERNATIONAL PRIMATE PROTECTION LEAGUE and the OLSEN ANIMAL TRUST in order to accommodate them at best. The newcomrs were happy to climb, jump and…eat! 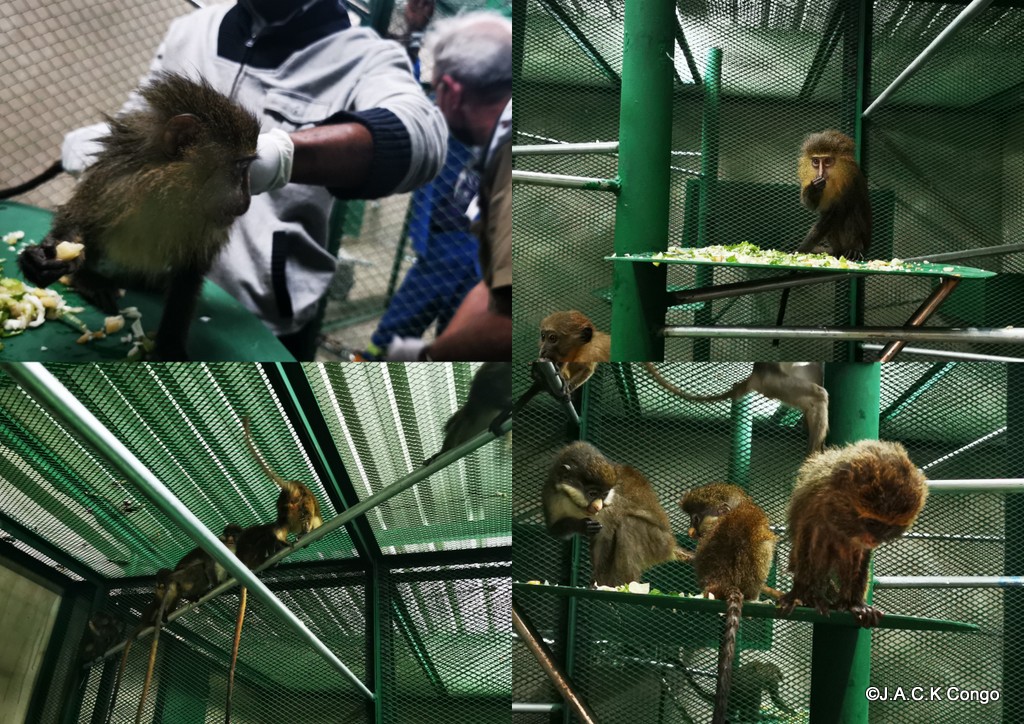 However, 3 of the primates showed weaknesses (open wounds, dehydration and malnutrition) and it was decided to drive them at the house of our Founders for permanent care. 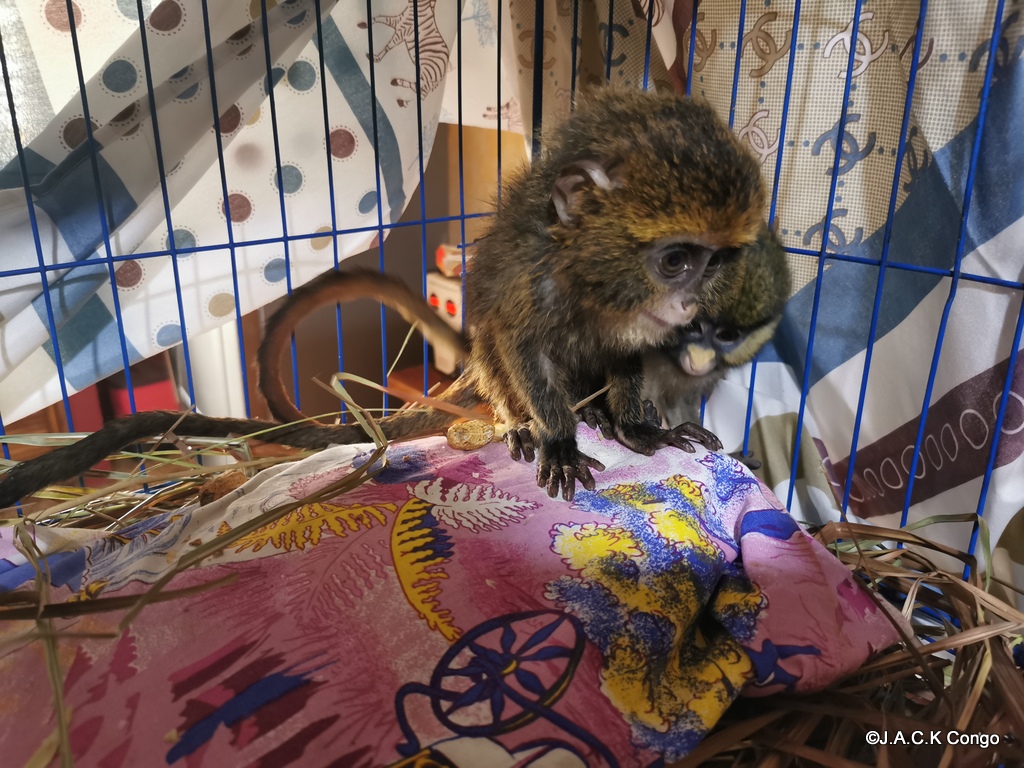 Again, JACK. would like to thank all the Partners and Sponsors who contributed to the success of this great rescue which was spread over almost 2 months. 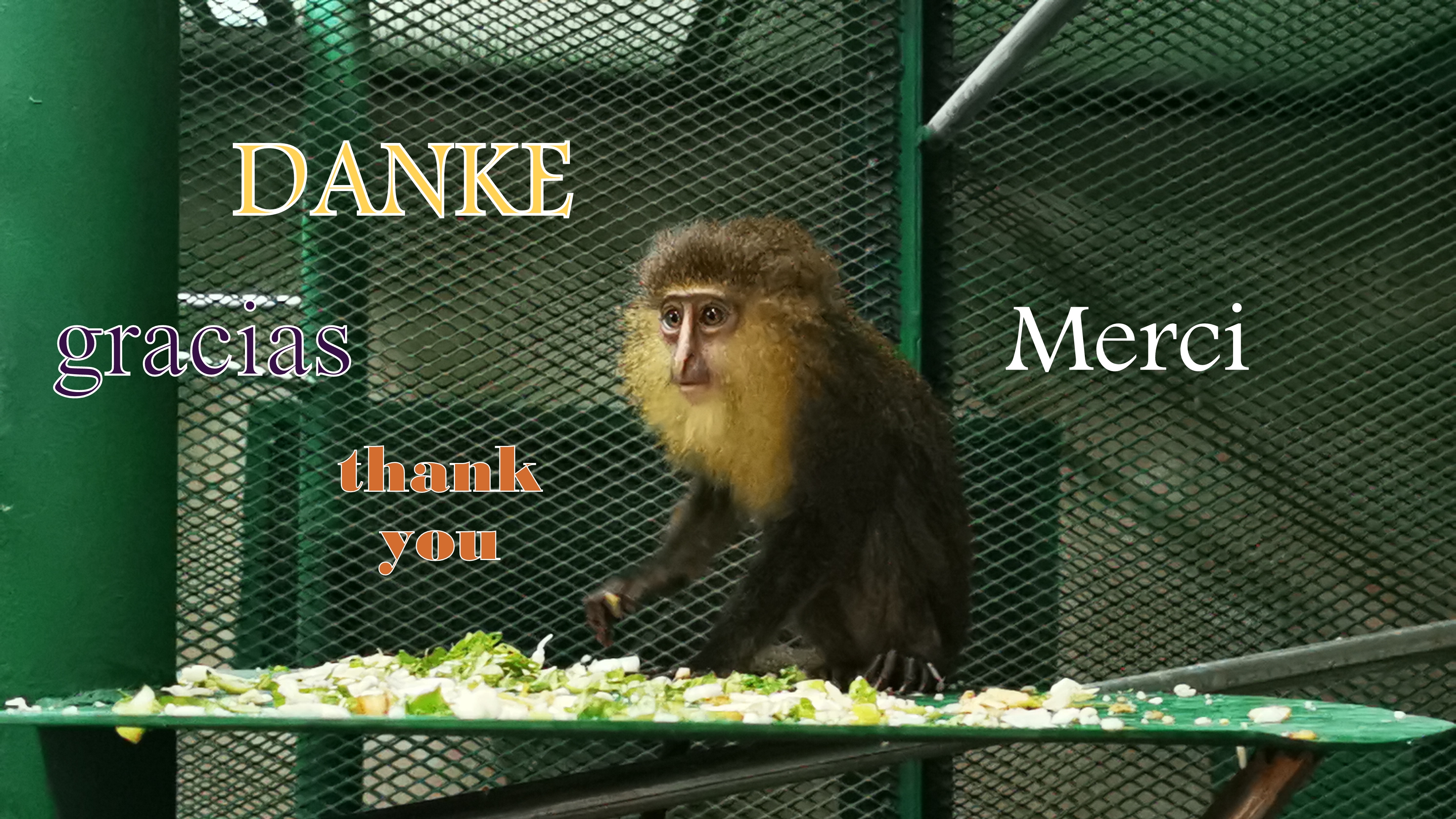